Here and there around in San Diego
Miles: 28
Terrain: A few minor hills and a couple of moderate ones
Weather: Sunny and cool with moderate variable winds

Now that the tour's over, there remains the logistical issues of getting my camping gear shipped, getting the bike shipped, and getting me shipped. The last one has to wait until my flight tomorrow, but the other ones had to be taken care of today. As long as I was out getting all that done, I decided to take a few photos and have one last look around San Diego. Here's a nice look at the skyline on the other side of a marina: 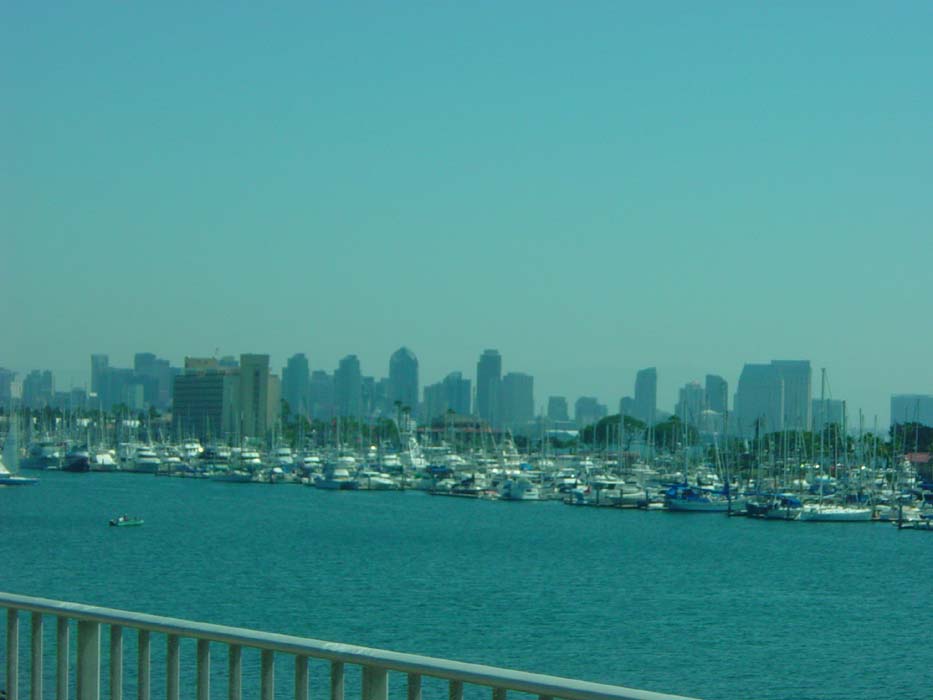 Here's another one of those panoramic type shots of the city, from the other direction (as compared to yesterday's double pic).

At the start of the day I had a great breakfast at the Dana hotel, so I never really got hungry again and basically skipped lunch. So once I was done taking in the scenic views, it was time to deal with all the biking gear. First up, I headed over to the hotel I'll be staying in tonight, taking my time and hoping to check in early, so I could drop off the computer and tomorrow's change of clothes. If they hadn't let me check in when I got there (at 1pm or so) I would've used the bell desk to hold my stuff. As it turns out, they did have a room available for early check-in so I headed up, unloaded, double checked to make sure I had all the things I needed, and then went back out the way I came.

Now I had to find a UPS store, box all the camping stuff and panniers, and anything else I couldn't fit in a carry-on at the airport. This amounted to just under 40lbs of stuff the bike's been forced to lug around for the last six weeks or so. I'd forgotten what the bike felt like without all that cargo. Once it was safely boxed and on its way, the rest of the afternoon was easy. I just had to find the REI store, which was more complicated than it should have been because of one of those roads that has one name in one direction and a different name on the other. In case you don't know what REI is, here's a photo that should explain: 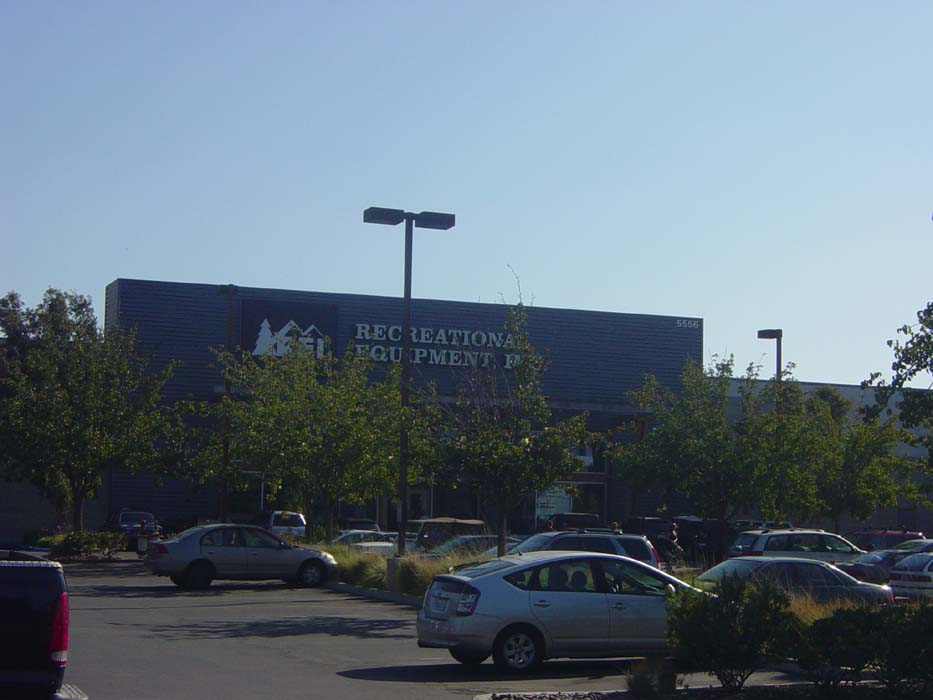 It felt weird handing over the bike, which has been my constant companion for the last five weeks plus, but it had to be done. The airlines charge too much and I just don't trust them not to damage it, even if I was somehow able to pack it into a properly sized shipping box. So I let the professionals disassemble and pack it for me, waved goodbye to the bike (for a week while it's in transit) and headed out.

Of course, now I had no transportation, so it was off to the bus stop. Fortunately, San Diego has a very well organized public transit system. For five bucks you can buy a day pass that gives you access to any bus, trolley or train you need to use, even some that go well out of town. For example, I could've taken the trolley back to SD from the Mexico border the other day if I'd wanted to save 20+ miles of riding (but I didn't). Today, though, I was going to save myself about 12 miles of walking.

Before leaving this morning I'd already figured out what public transport I needed and where to find it, so I walked a few blocks to the first stop and climbed aboard the MTS (Metro Transport System), one of the cleanest and nicest pubic buses I've ever been on. They look like this: 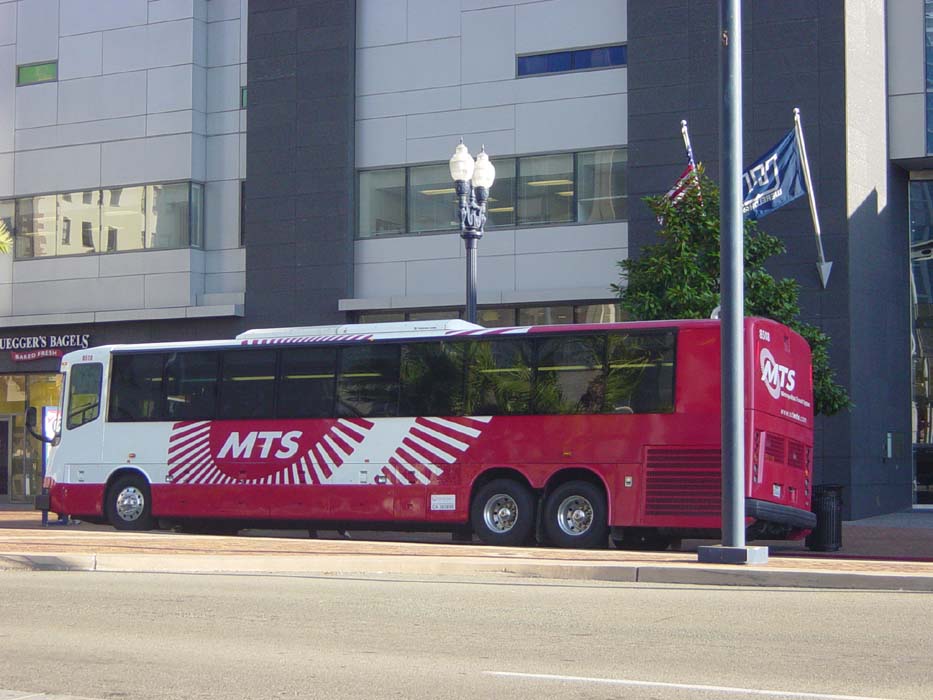 Like any bus it makes a lot of stops and spends a lot of time waiting in traffic, so it seemed to take forever to get to the trolley station, where I would transfer to the Blue Line, a light rail system that runs from the west side of town all the way through downtown and then all the way to Tijuana. Again, this was a very clean and well maintained public transit ride, and the whole experience was quite enjoyable. Actually, after riding the bike so much, getting driven through town on buses and trains was rather relaxing. I particularly enjoyed watching cars have to stop for the train to go past, instead of having to wait for yet another stoplight. That was the best part. 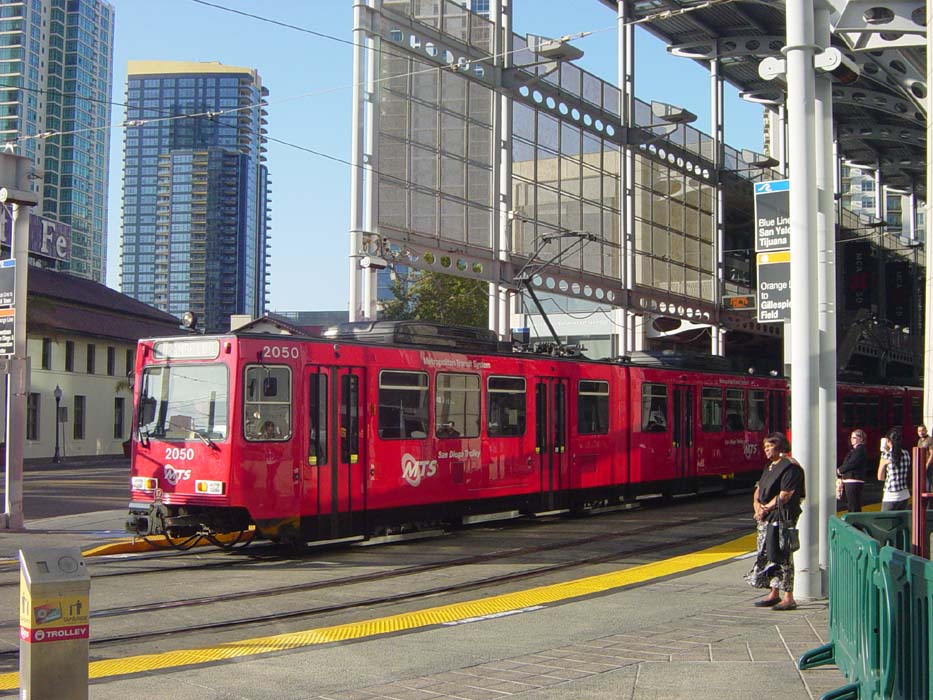 The last leg of my trip back to the hotel was to wait for the next bus, which took about 20 minutes to arrive. This was the only time the whole day where I really had to spend any time waiting. The bus basically took me back to the entrance to the airport, which is right across the street from where I'm staying: 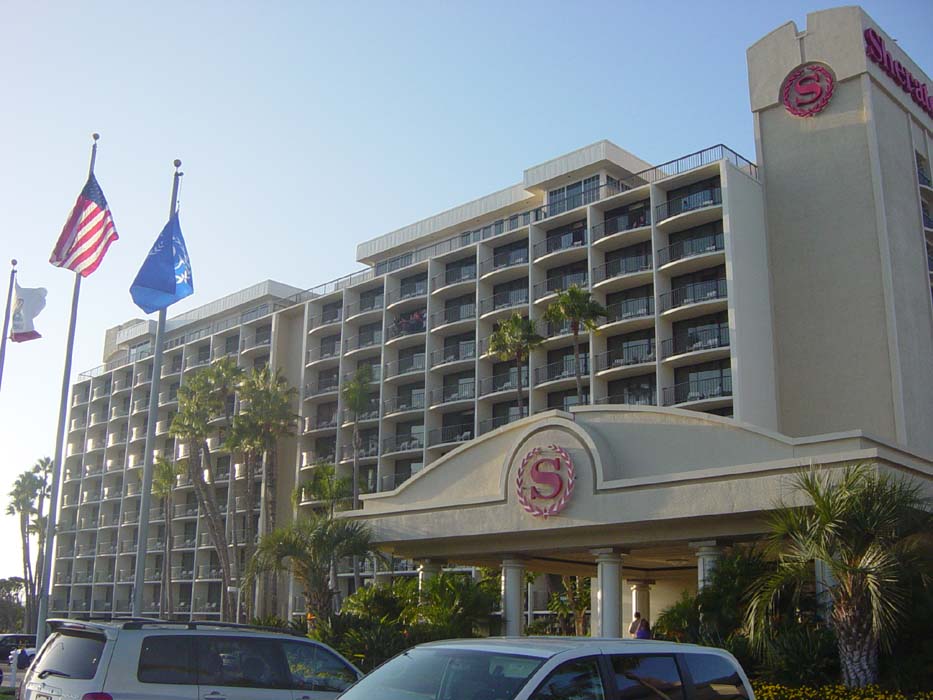 Yes, that's right, I got into another nice hotel tonight. Here's the view from my room: 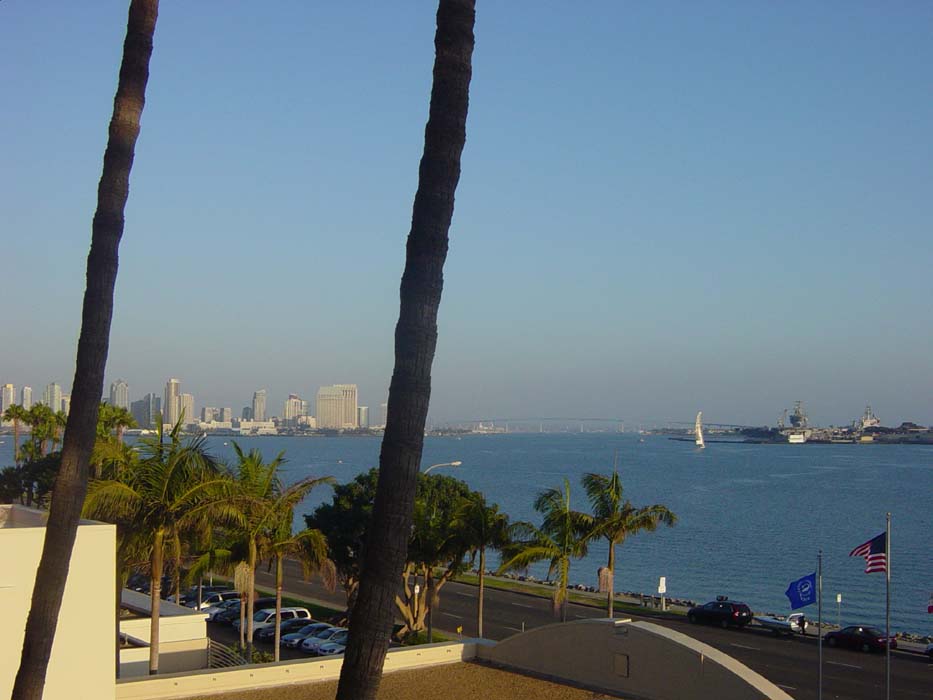 Not bad, huh? That's what I get to look at on my last night here. Tomorrow morning it's off to the airport and then I'm home at last. No more pictures from this trip, that's all I've got. Sometime soon, though, I may well go on another tour, probably of the east coast. When I do, you'll be able to find the reports right here. See you then!