Last night wasn't as cold as I expected it to be, there in the tent. I'd selected a location sheltered between some trees so the wind wouldn't be as bad, but it didn't matter, because the winds stopped as soon as the sun set. The temperature was much more comfortable after that. However, I didn't sleep all that well, tossing and turning a lot, probably because I'd overdone it the day before riding so far and over so many long climbs. The last one at the end of the day was the biggest mistake. I just wish I'd known about this campsite before going all the way out to the beach. There wasn't even that much to see out there, anyway.

So today when I got up I felt reasonably ready to proceed southward and had hopes of reaching Newport, a relatively large town about 70 miles south. There were sure to be hotels there and I was hoping to find a reasonable price, even though with Labor Day weekend approaching hotels are already starting to jack up their rates. Unfortunately, as I was starting to break camp, the rain began. It was already overcast, but that's nothing unusual around here; most days start that way, then clear up. Very quickly it became obvious that wasn't going to be the case today. I at least had time to get everything packed up before the rain got really annoying, and despite the cold morning temperature (it was only 9am, unusually early for me) I pushed out of the parking lot and got moving.

The rain stayed light for the first few miles but gradually got steadier as the wind picked up, driving up out of the south. I was warned when I planned this trip that the winds generally come out of the north during good weather and the south in bad weather, and so far that seems to be holding true. Fighting the wind and the soggy conditions, I was having a lot of trouble moving. I couldn't get any kind of speed, and even short hills were proving difficult, probably because the bike was getting weighed down by water, and the increased resistance on the roadway, not to mention the wind. I took more breaks than usual (every 5 or 6 miles instead of every 10-15). Somewhere along the way my bike computer stopped working, probably because something inside got wet and shorted out, so I had to rely on mile markers to keep track of my progress. They came along very slowly indeed.

Here's a picture of what the early part of the morning looked like, during one of the less rainy moments. This probably would've looked pretty nice if the weather was better. 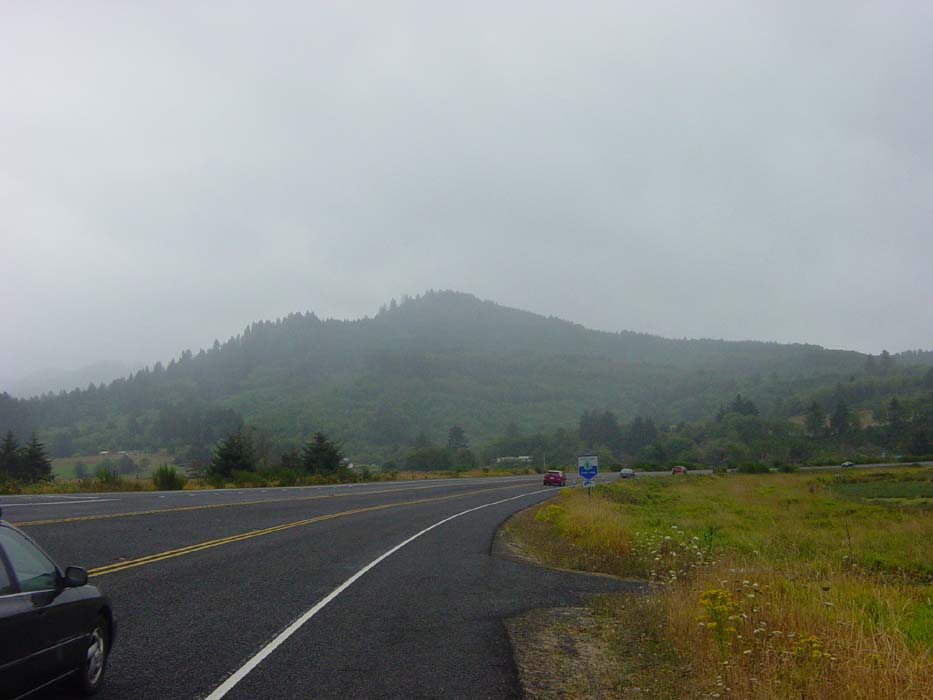 Eventually the bigger hills started, and one of them led up to another of those scenic viewpoints like yesterday. However, in stark contrast to that beautiful view, this one looked dull and drab by comparison. There was no one here (whereas yesterday's sites were overrun with sightseers) and the wind was so cold I could only stay a few moments. Again, this would've looked spectacular in good weather. 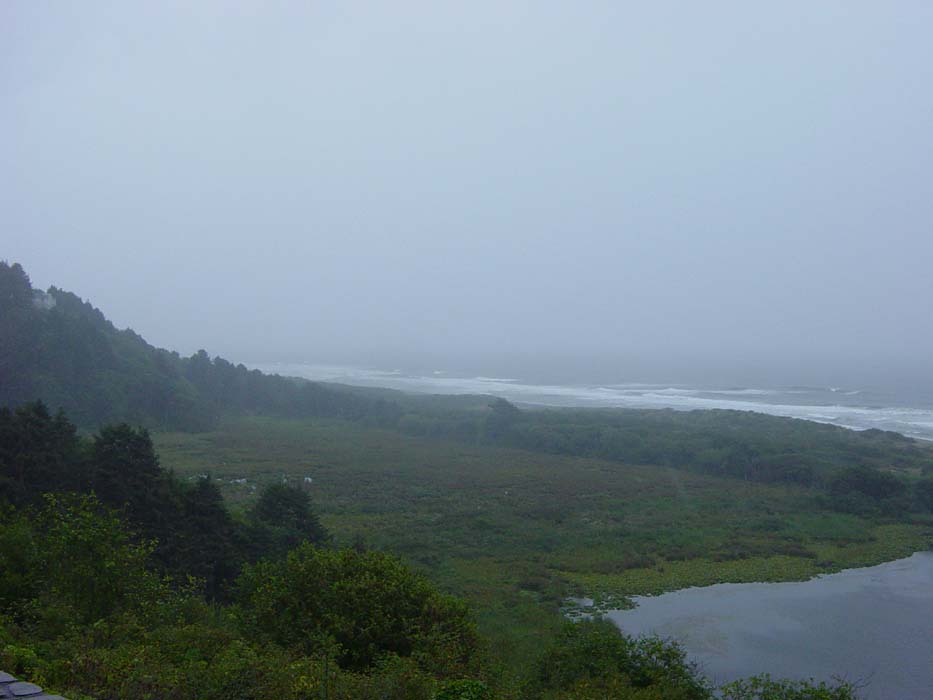 After this I slowly plodded along until coming to yet another monster hill, this one even steeper and more treacherous than the last, with no shoulder and only a truck passing lane keeping me safe around the many twisting corners. I tried to take a picture, but apparently it came in at low resolution. Anyway, you can at least get an idea of the conditions here...I had pulled over into a small break spot just before a guardrail, one of about 4 spots where I rested on the way up. 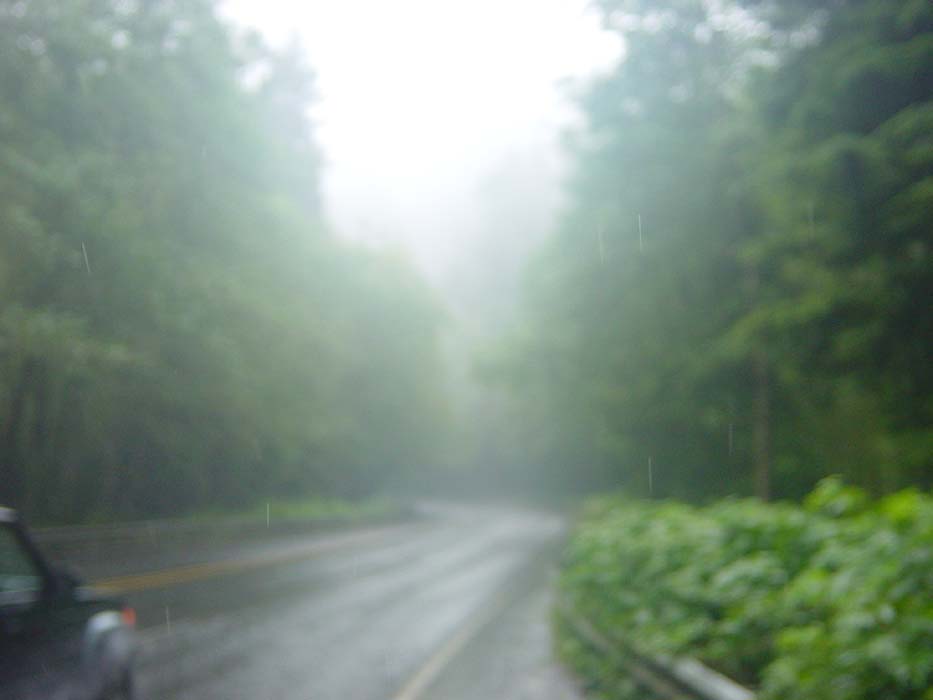 Well, this hill pretty much did it for me. I knew if I came to another one like it, I'd be hard pressed to climb any further, so I started looking for someplace to stay. Fortunately for me, the next town, Lincoln City, had a Motel 6 and I was able to stay at a reasonable rate ($62 is still pretty high for a Motel 6, but that's still better than any of those places in Tillamook wanted). They had a laundry room so I was able to dry out my clothes, too. According to the weather report I'm looking at here, tomorrow is supposed to be just as awful as today, but after that things look good again for the rest of the week and into the weekend. Therefore, I'm likely to take another day off tomorrow to wait out the weather, because quite frankly there was nothing at all fun about today and this ride is supposed to be fun. If it's not fun, what's the point?

Anyway, sorry for the lack of pictures, but quite honestly there was nothing really interesting to take pictures of. Any natural beauty there might have been was completely spoiled by the weather. Another reason to take the day off tomorrow, I suppose. We'll see how things look in the morning.