Last night, as I ate dinner in silence (the TV didn't work, and I had no internet), I felt so exhausted I figured today would be a day off, or at best 10 or 20 miles to the closest cheap hotel I could find. After a pretty terrible night of sleep (the bed didn't fit me, either...not the best hotel, but it was the only one, so better than nothing), I got up around 9am and spent an hour and a half getting the site put together. While I did that, and woke up completely, I realized I felt all right, so I found a few hotels at about 45-50 miles distance and decided to head for those if everything worked out.

Three miles after I started, I had to climb this severe hill that left me sweating out of every pore, but I made it to a McDonalds and got a drink while I uploaded all of yesterday's pictures. After that, I never really contemplated stopping early again. There were quite a few more awful hills, but I just crept up them slowly (like on the west coast), stopping here and there to rest and drink water because once again it was over 100 degrees (and humid, too). There was one bonus, though...US-1 grew a shoulder, and it looked like this for a while, before dropping back down to two lanes. 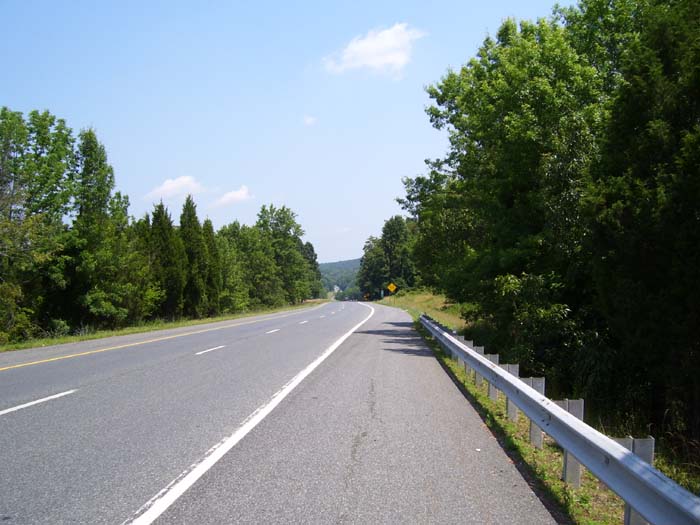 With all those climbs came the occasional nice view looking out over some distant town or farmland, sort of like this. Most of the time, though, I couldn't see much because of all the trees...though that had a beneficial side effect of providing shade some of the day.

Eventualy US-1 looked like this here, with the hill up ahead typical of what I saw around every corner. 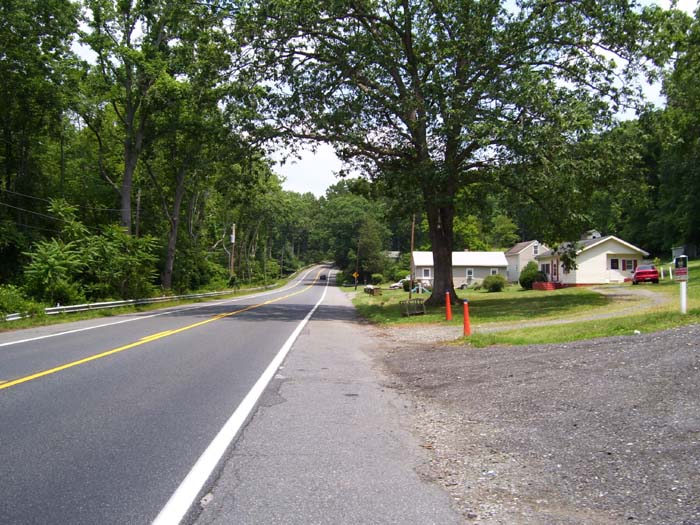 Sometimes the hills were pretty grueling...compare this one here to the one before. I seem to recall that I almost had to walk the bike up this one...almost, but not quite. I never resorted to that all day, tempting as it was. 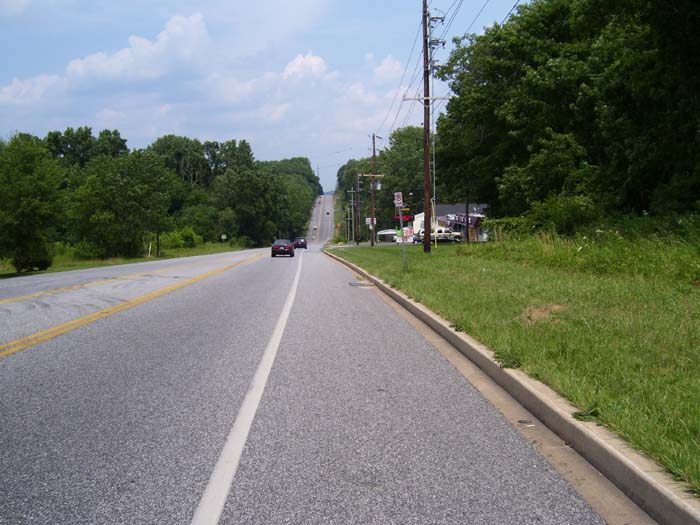 The reason I stayed on US-1 instead of going south was because I couldn't take a bike across any of those bridges. The US-1 crossing was my best choice. In fact, here's what I found when I reached the bridge...a dam, complete with built-in hydroelectric plant I got to ride next to. Notice the complete lack of space next to those cars, too. Being allowed on a bridge and being comfortable crossing one are two different things, sometimes. 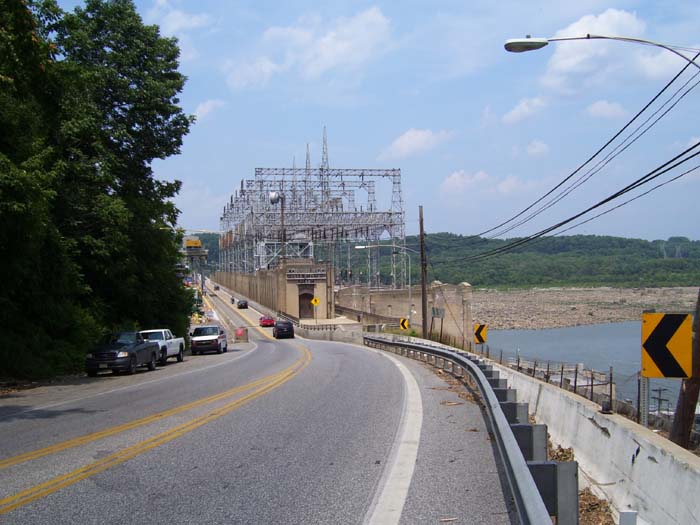 Just past the power plant I could slip to the side out of the way of traffic, and while doing that (since quite a line of cars had built up behind me by then) I took this photo of the river opposite the dam. Notice how low the water is. 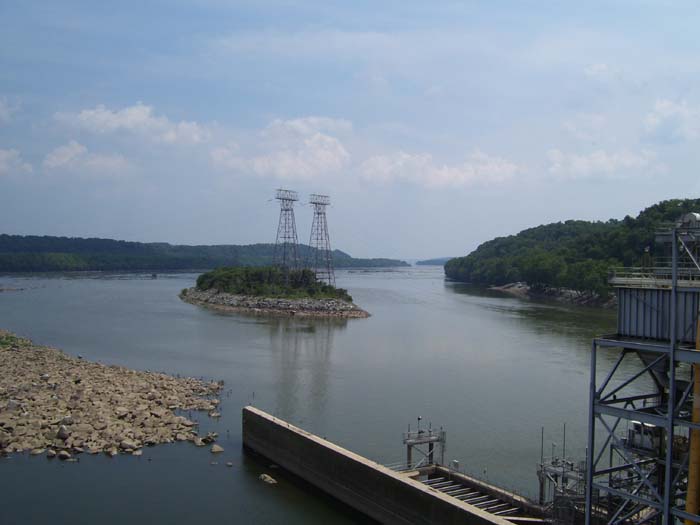 What are those little specks by the rocks, though? Zooming in, you can see they're all herons. Tons of them. Back in Florida I saw these guys all the time, but no more than one or two...never this many at once. 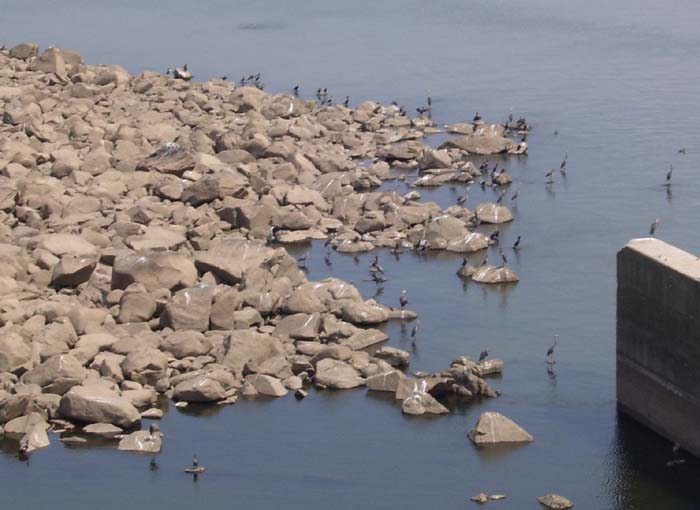 On the other side of the bridge, I took this shot to show just how extreme the diffference in water level is between the river and the reservoir opposite. 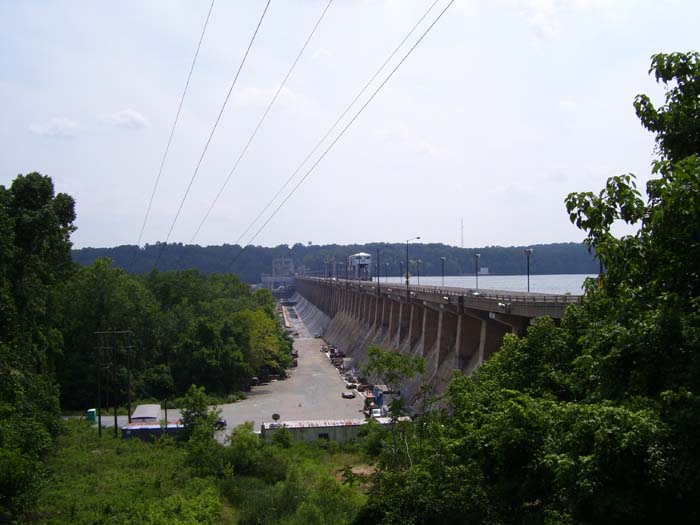 At this point I also said goodbye to US-1 for a while, taking 222 instead, following the river along. This gave me several blissful miles of flat riding as well as some nice scenery. In fact, I liked this so much I decided to ignore the GPS's instructions to turn east (which would've taken me into those hills again) and follow the river as far as possible, maybe all the way to US-40. 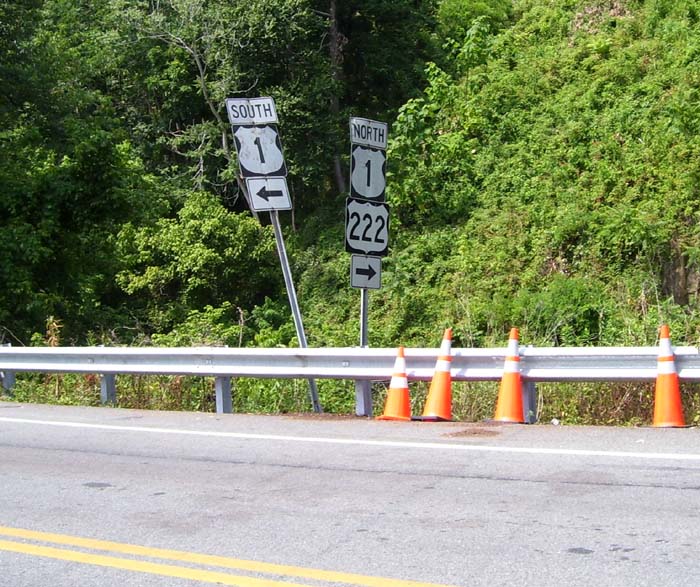 Speaking of scenery, here's an example. 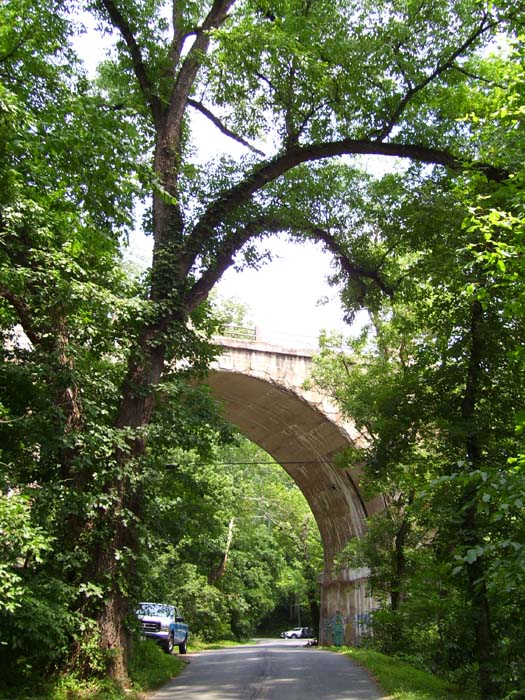 And this is the road itself most of the way along the river route. The shade kept me cool, there was hardly any traffic, and I felt great. If only it could've stayed like this all day. 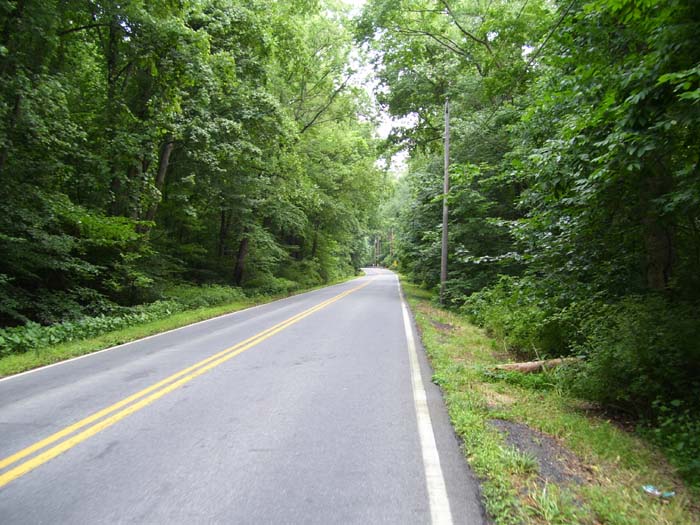 Sadly, the flat riding came to an end just past the picturesque little river town of Port Deposit, where I stopped for a strawberry lemonade (made with real strawberries and lemons) in a local cafe before finally turning east, only because the road turned that way, giving me no choice in the matter. 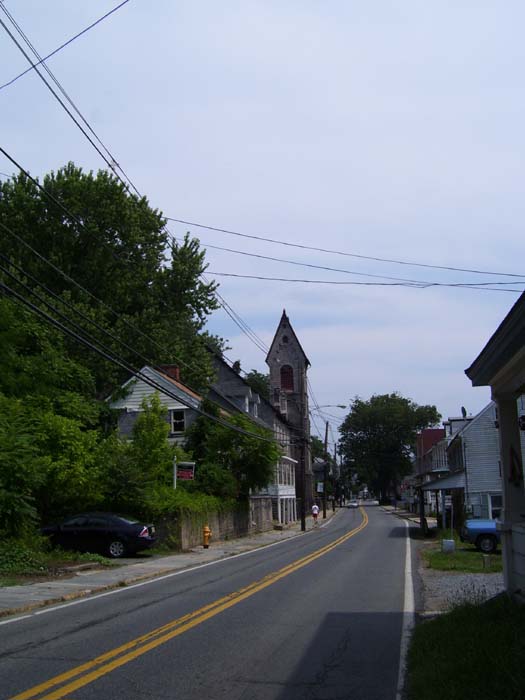 That particular hill turned out the be the roughest one of the day, going on and on for almost two miles before finally resuming the usual up-and-down routine for a few more miles. Then I got to US-40 and everything got much better. There were still climbs, but they weren't nearly as steep, and also, with the trees gone, I finally had a tailwind...not much of one, but every little bit helps. US-40 is a four-lane divided highway, but check out this shoulder, which is also marked as a bike path. This is one of the best roads I've been on this whole trip, and I was sorry to leave it to make the final turn towards my hotel.

I actually reached the Motel 6 right around 6pm, which is pretty good considering I stayed in that McDonalds until well after noon, and spent the rest of the day battling those hills and heat. It was nice to have a place to stay (I made a reservation this time) and not feel hurried. Tomorrow, the heat should let up a bit, too, so it's off to Philadelphia.