Blakely to Ashburn
Miles: 100
Terrain: Mostly level with some hills during the last 20 miles
Weather: Warm and partly cloudy (one rain shower); no winds early or late, but some light tailwinds during the middle part of the day

I hadn't intended to do any more century rides this trip, but the flat terrain and tailwind forecast made me think I had a shot at one today. Plus, the only other stopping point (Albany) was just too short at only about 55 miles. Sylvester, midway between the two, had a single hotel that was a little on the pricey side. I arranged the route so that if I got too tired trying to get the century in, I could divert a couple miles to Sylvester and pay the penalty for failure. Fortunately, I wound up not having to do that.

The winds weren't much help, being basically dead calm for the first couple of hours, then southwesterly at maybe 5-10mph for the rest of the day until I actually turned northeast, at which point they went back to being dead calm. It's okay, though. At least they weren't tailwinds. I had some hills during that last part of the ride, too, but actually didn't mind them because a full day of riding on mostly flat terrain had my legs pretty sore from all the constant pedaling. It was nice to be able to climb a short ways, and then relax and coast for a bit. Plus, riding in flats is terribly boring. Anyway, the elevation map showed about 800 feet of gain today and I'm pretty sure at least 750 of it was in the last two hours of the ride.

Scattered thunderstorms were possible, according to the weather forecast, but I never saw any. It did rain for a bit while I took a break in Albany, ducking into a covered drive-through bank lane that was marked as closed. Strangely, the rain fell with the sun shining the whole time and the clouds overhead really didn't look like they should be able to produce any rain at all. Ah well, you never know what you're going to get when it comes to weather.

As I mentioned yesterday, I'm on Eastern Time now, so I tried adjusting to the new zone by going to bed a little earlier, which worked out somewhat as I managed to leave by 9:30 (which would've been 8:30 on Central Time, about half an hour earlier than any of the preceding few days). Unfortunately, by the time I got done with online stuff at McDonalds (seeing as the hotel wifi didn't work) it was after 10. Plus, as I left Blakely, I had to stop for a few scenic things, like this amazing mural: 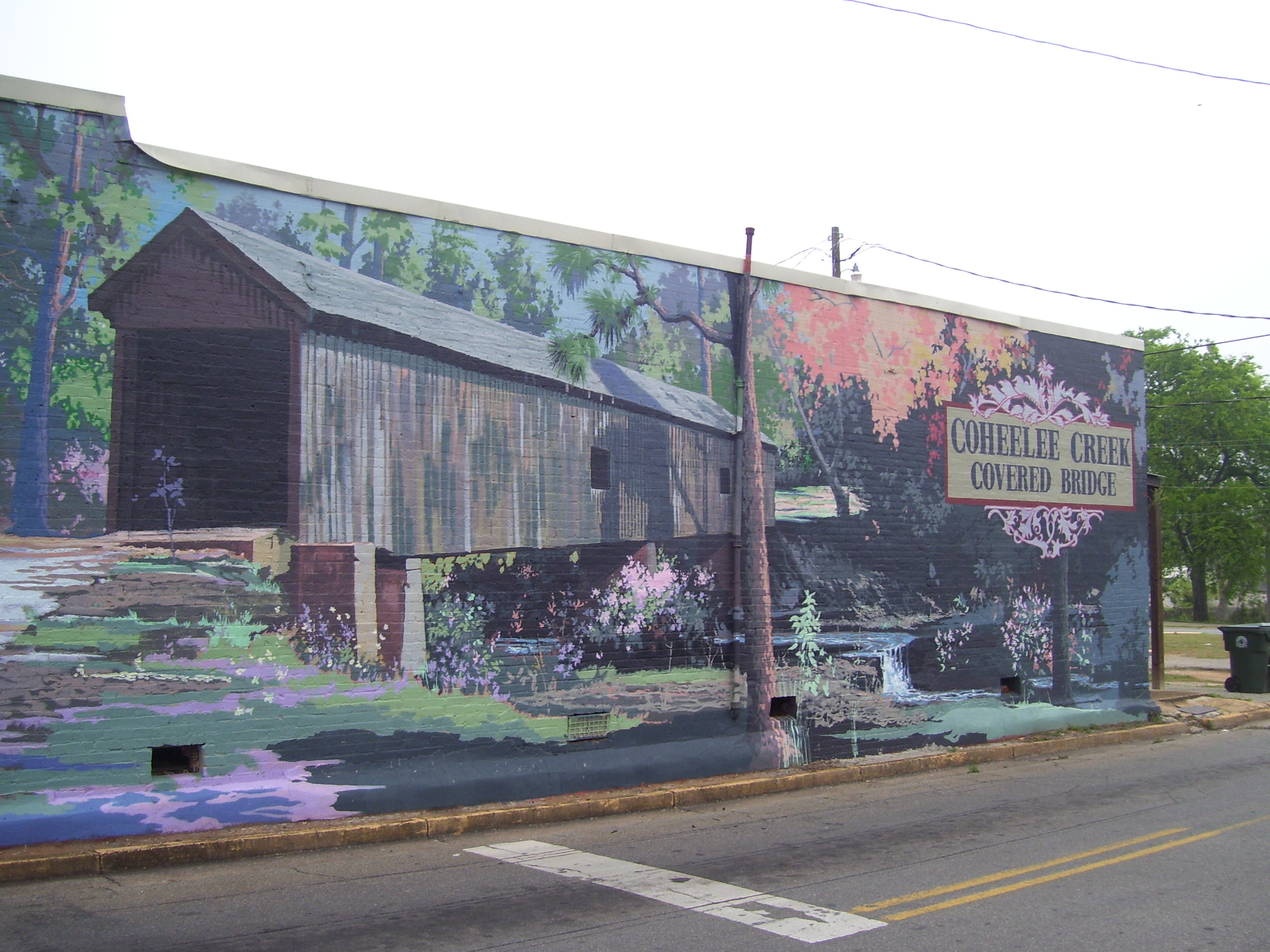 I like covered bridges, but the one in the mural (actually the southernmost covered bridge in the USA) is just too far off route to visit. I'll have to settle for this photo. A bit further down the road I came to this awesome courthouse: 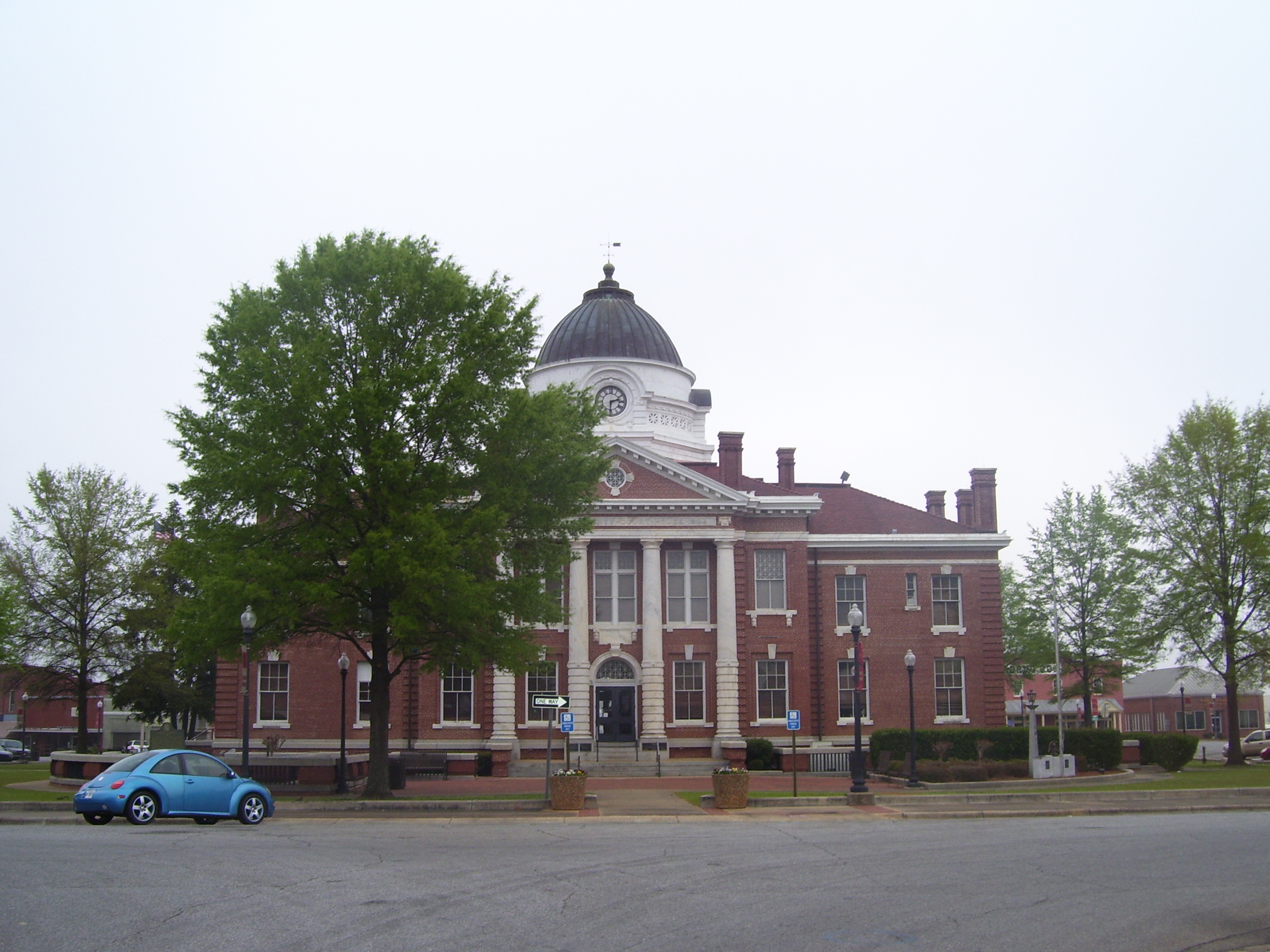 Here's another angle and notice the flagpole, which doesn't look like much in this picture, but it's a bit special... 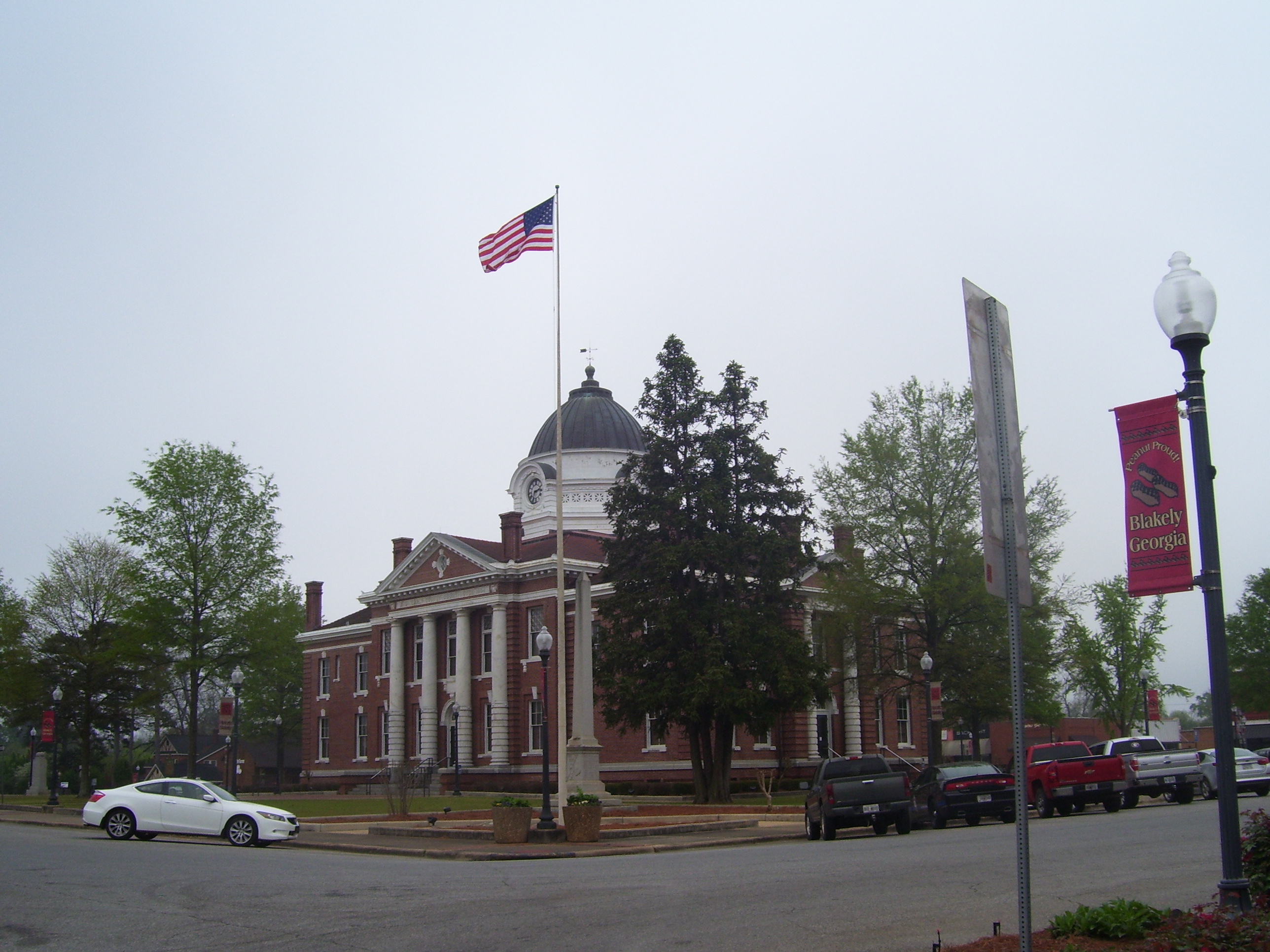 Here's the explanation why (right click on the photo and click "View Image" to see a close-up): 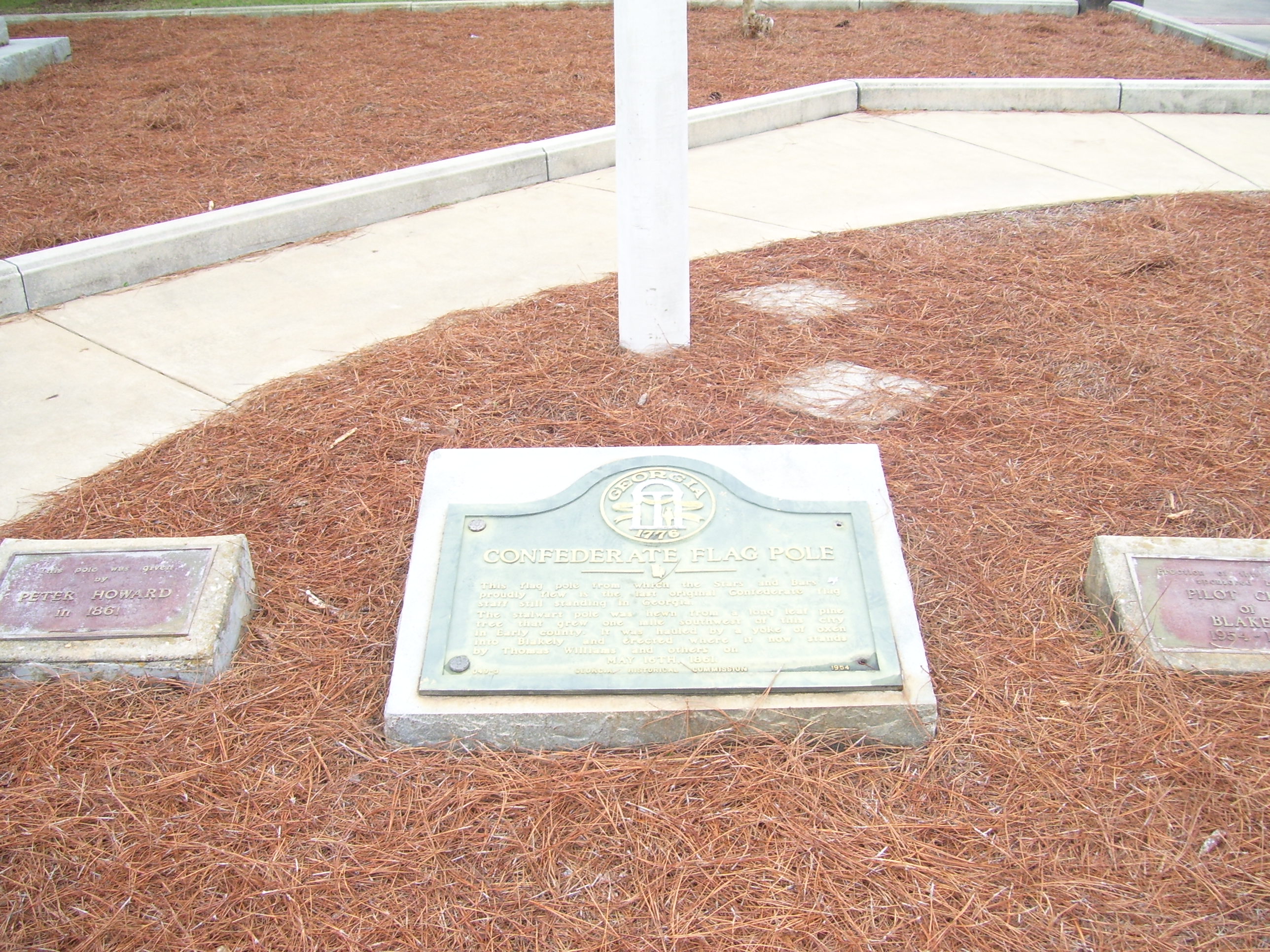 Just when I thought I was done with cool stuff in Blakely, I came across yet another mural: 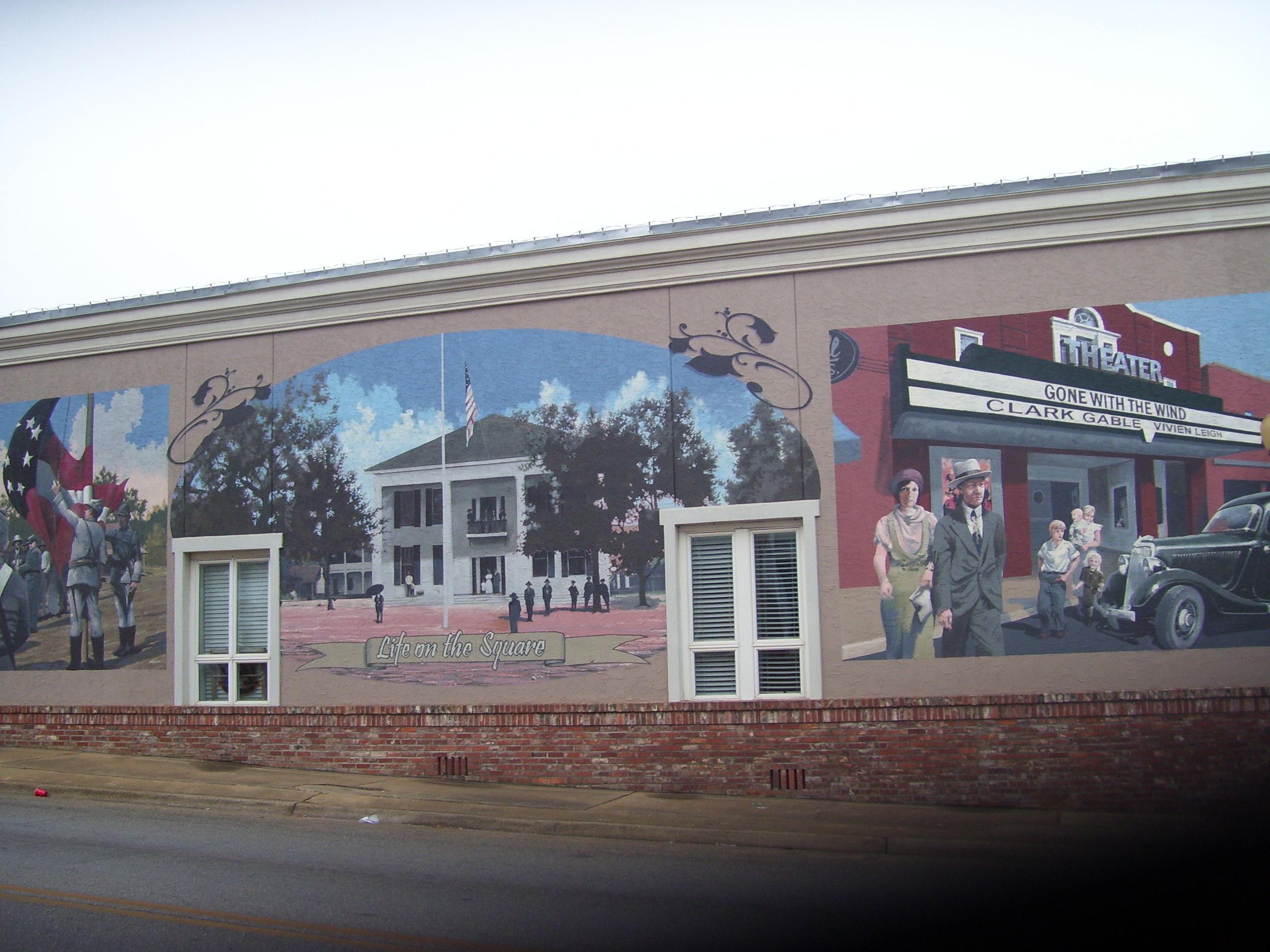 By the time I got out of there it was close to 11am. I tried avoiding major streets on the way out of town and this is what the road looked like for the first couple of hours: 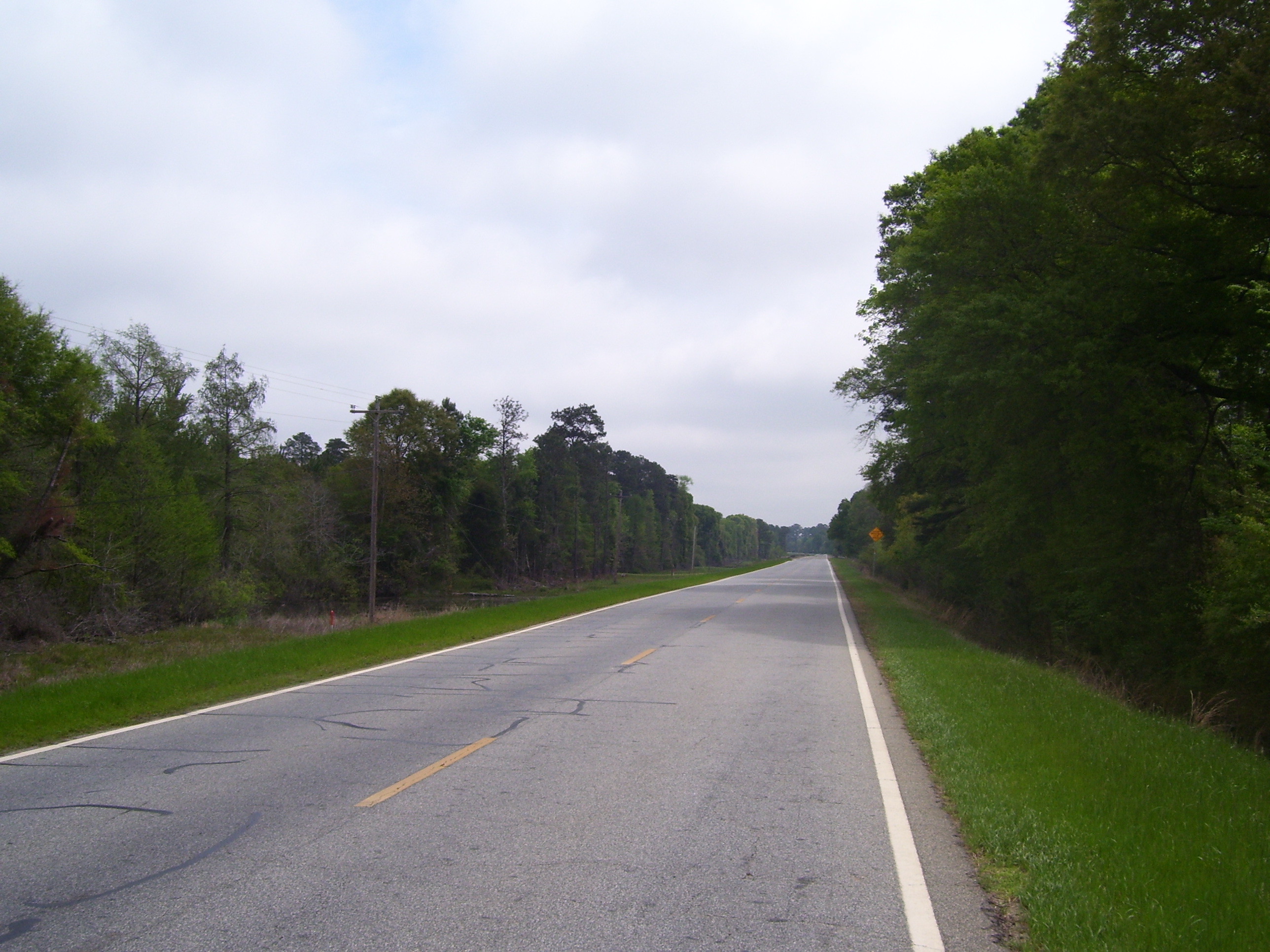 Shoulders just don't exist in the South, I'm convinced. At least they finally put up my favorite sign, the first time I've seen it in quite a while: 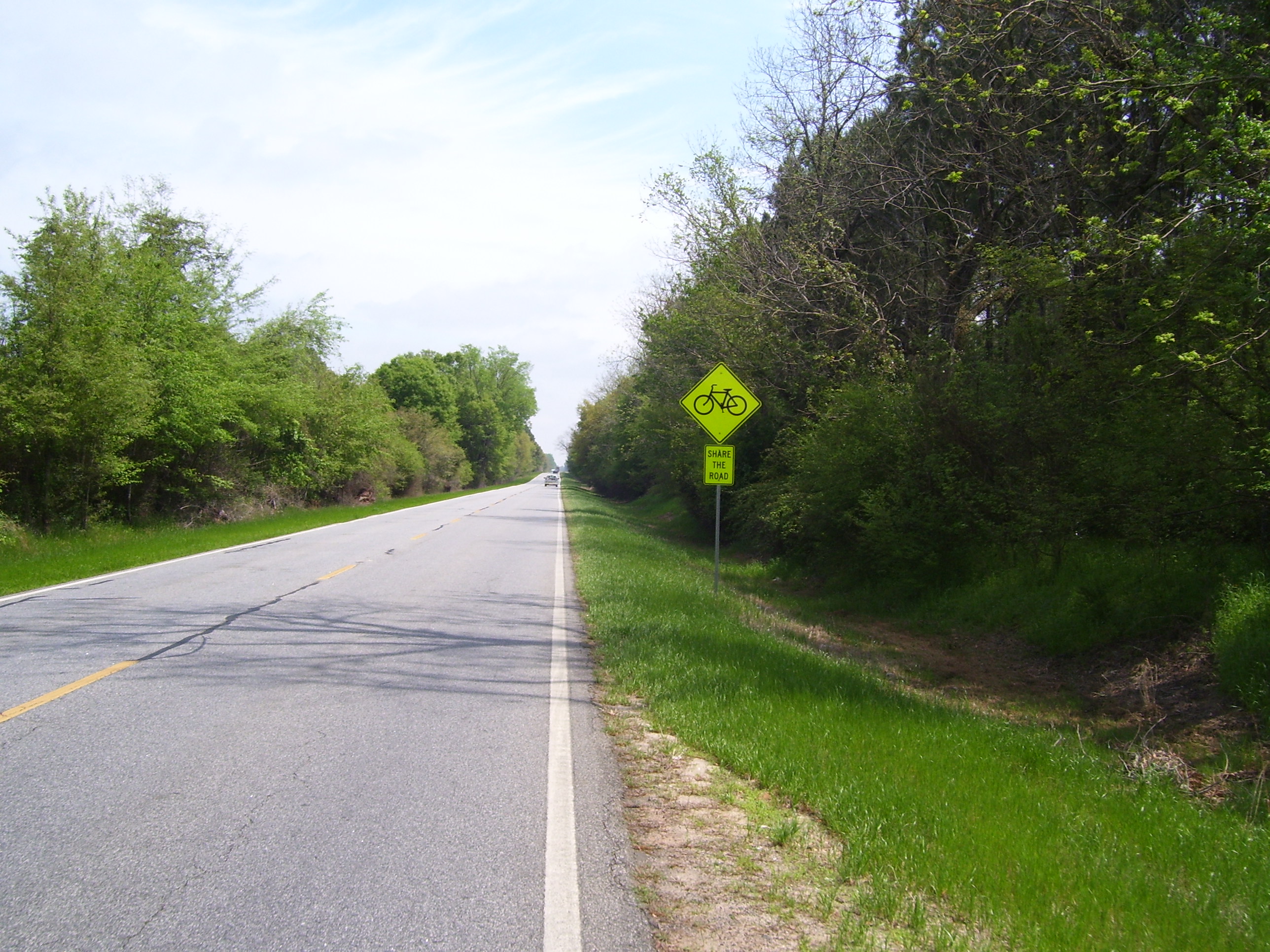 The terrain started out as mostly trees like you see above, but soon the swamps and marshes started to appear: 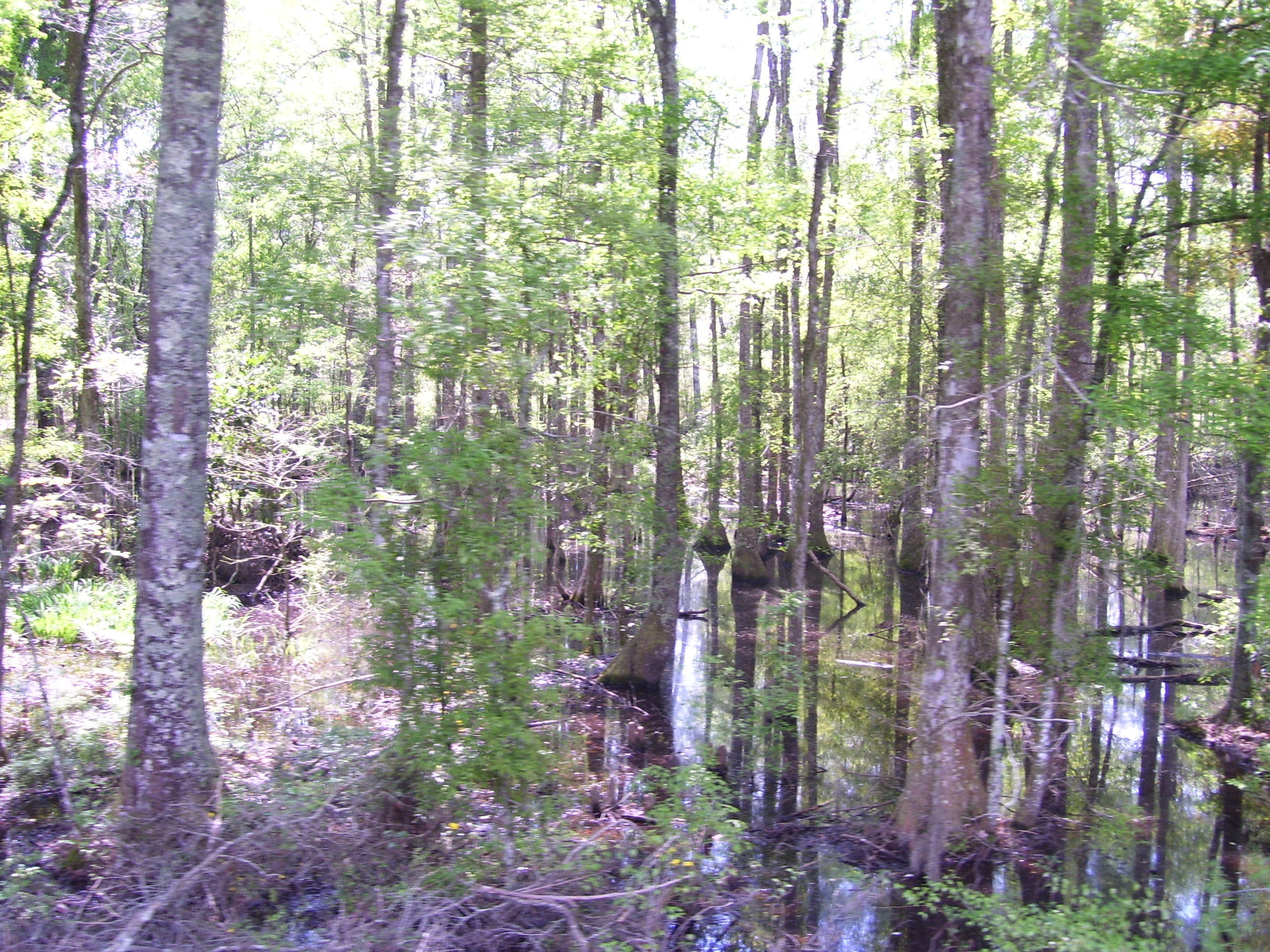 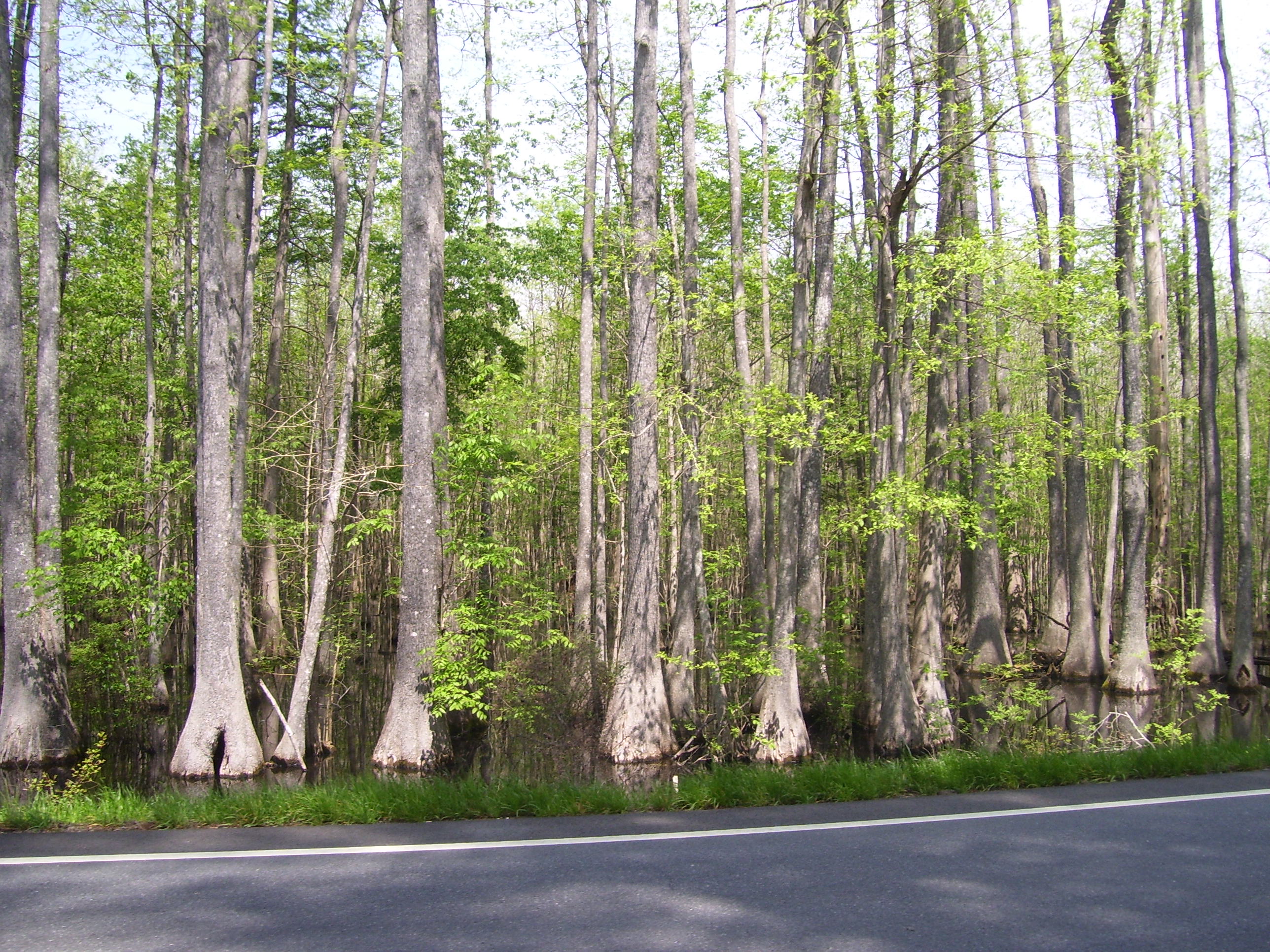 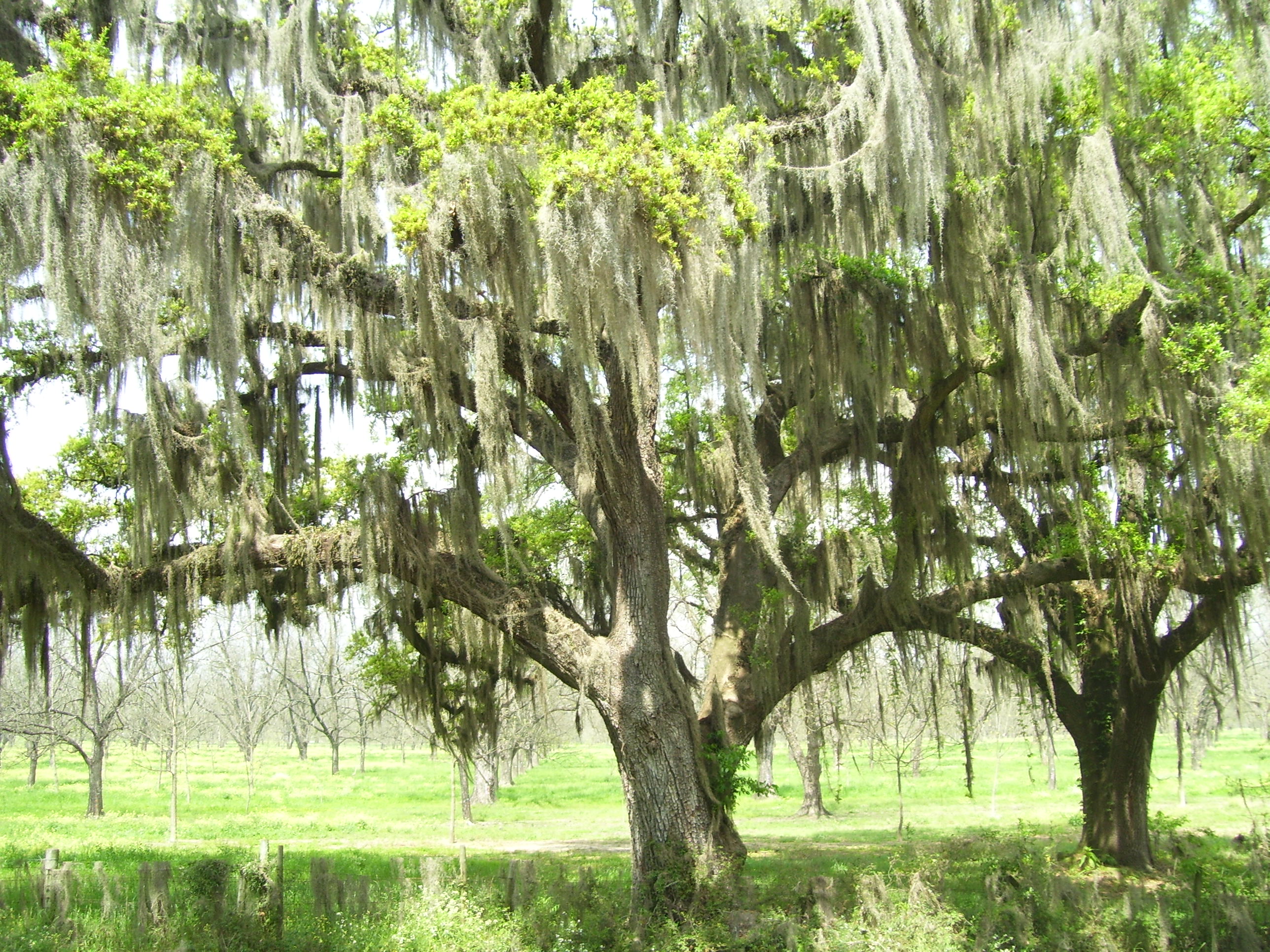 At about 55 miles into the ride I came to the town of Albany. Here's a shot of a nice memorial at their justice building. The one behind it is similar and is dedicated to those in law enforcement. 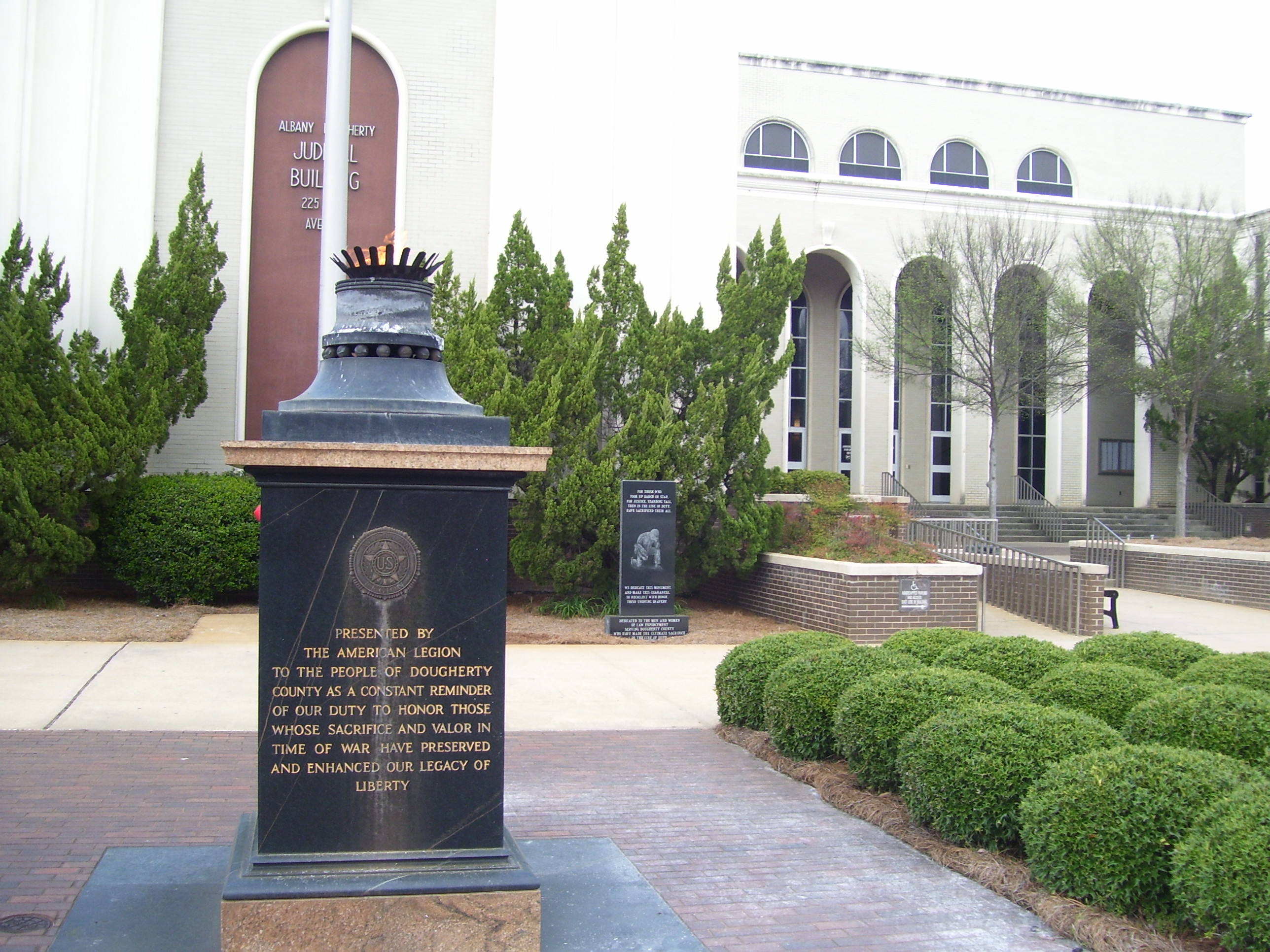 Here's a couple of views of the Flint River from the downtown riverwalk area in Albany: 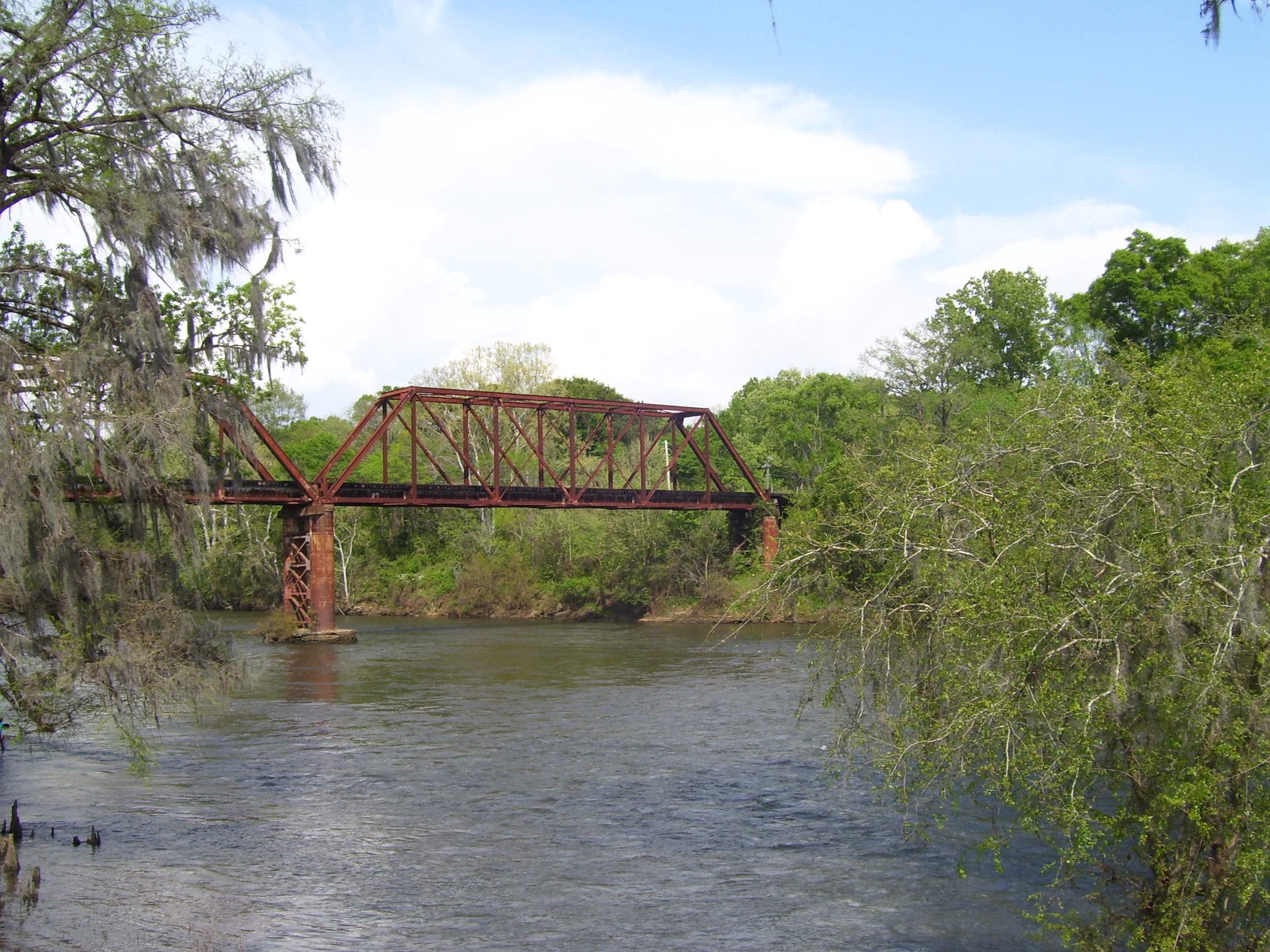 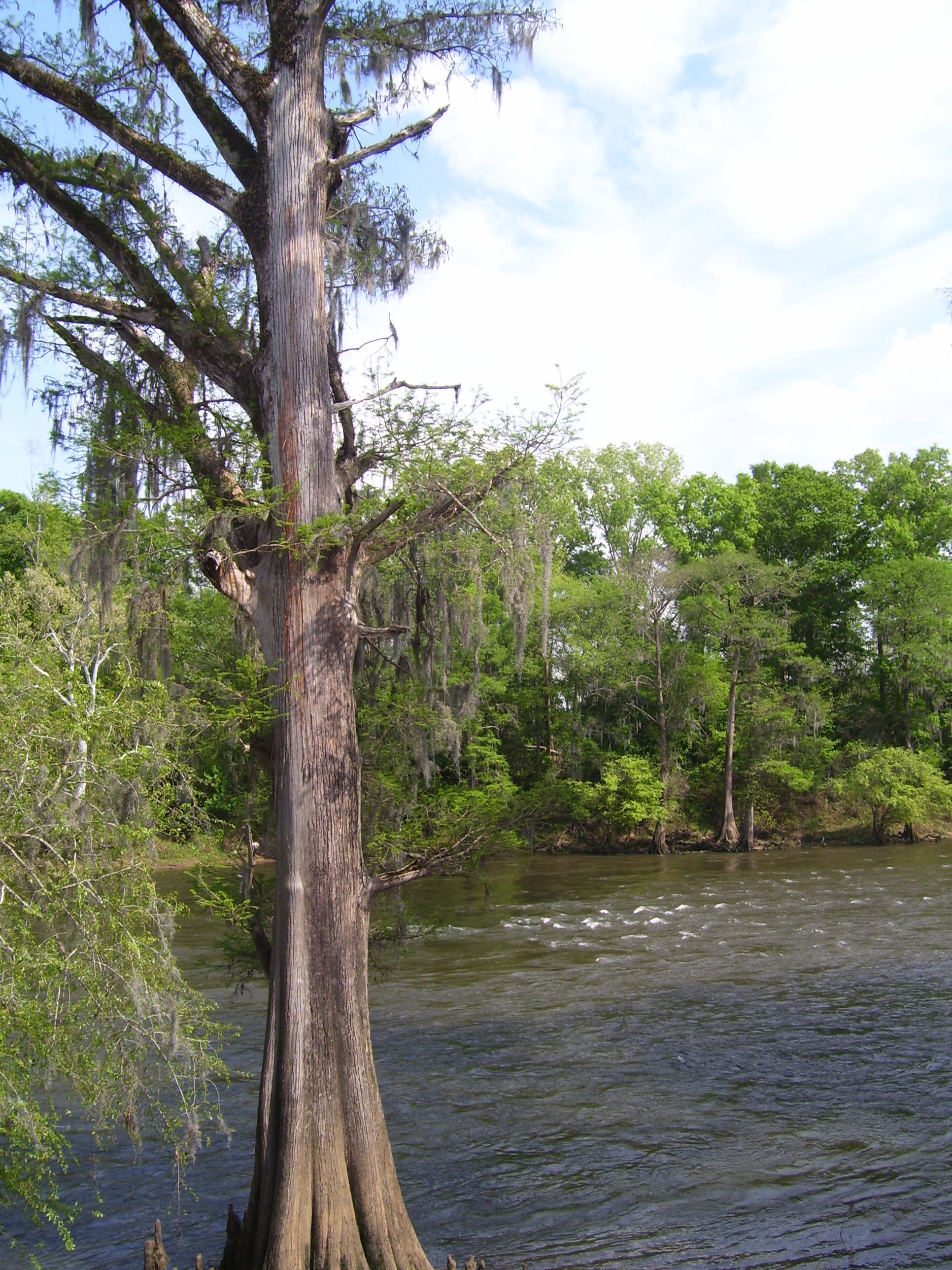 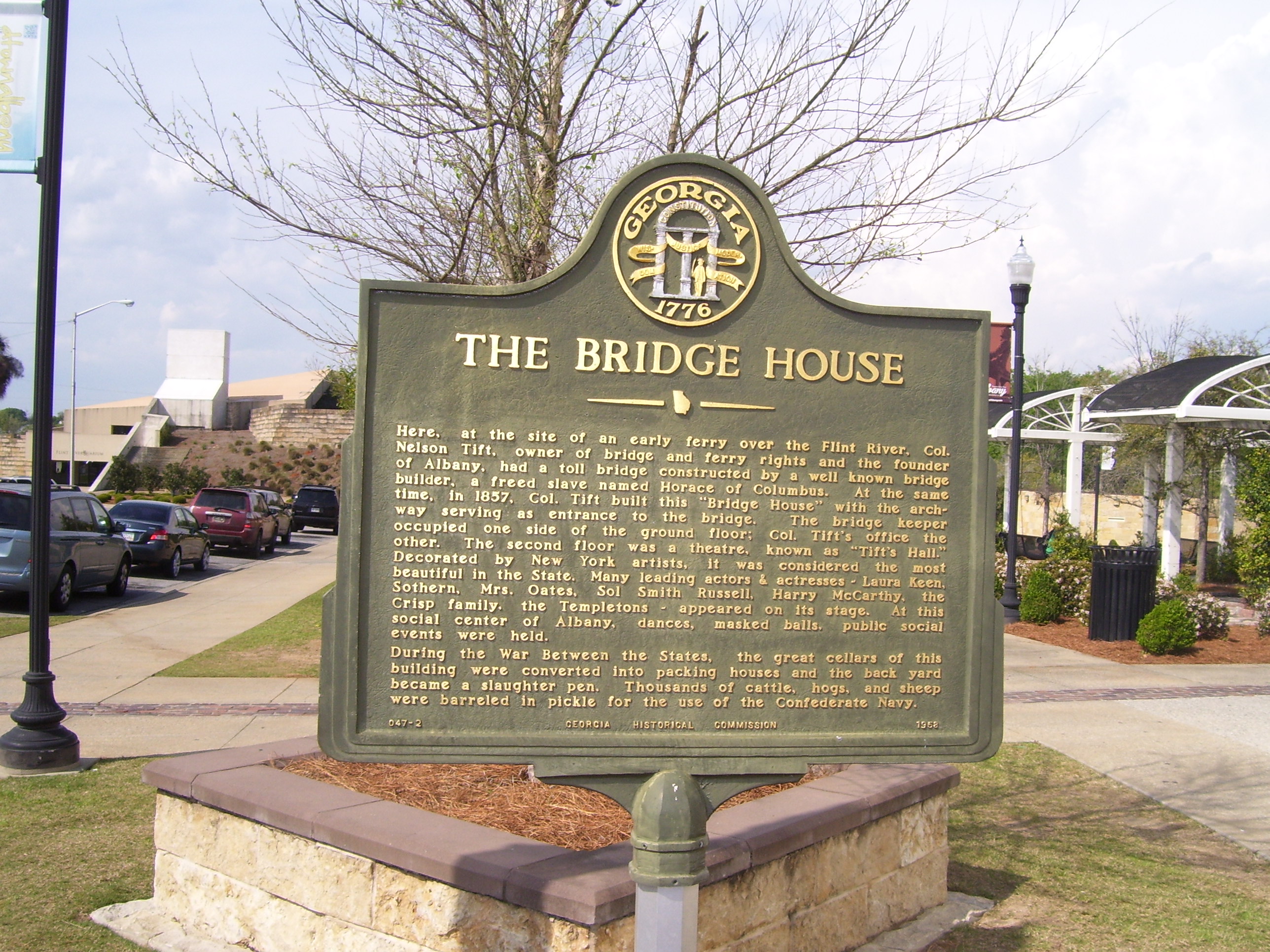 Heading out of town I came across these sand dunes...what, am I back in the desert again?? 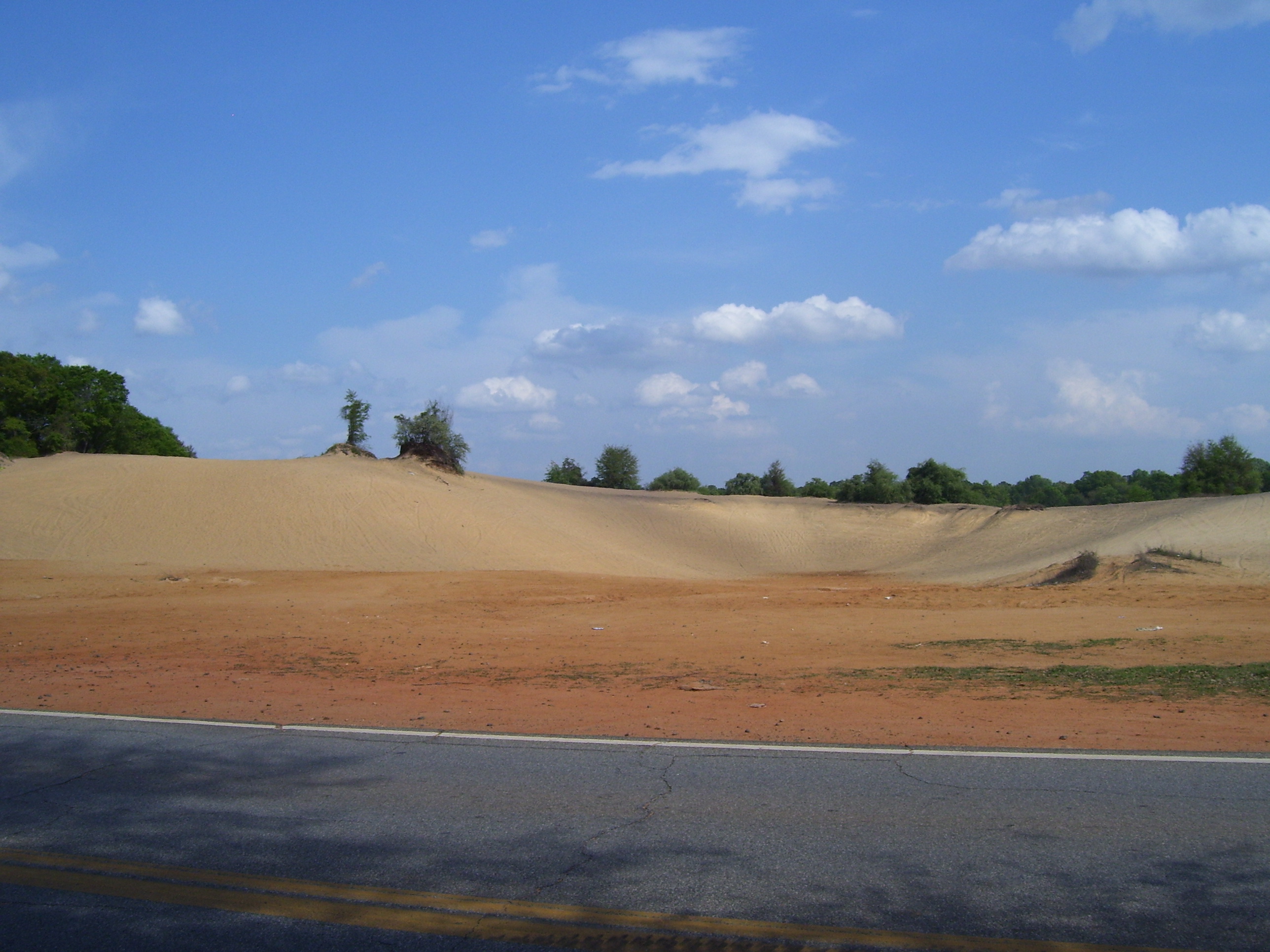 At about 6:30 I reached Sylvester (the "peanut capital of the world" and home to Peter Pan peanut butter) and had to decide if I intended to stop here or keep moving. Just to be sure, I checked online to make sure there were hotel rooms in Ashburn, and managed to actually book one for $32, a crazy cheap price less than half that of Sylvester's lone hotel, so that answered that. Before leaving, though, I took this photo of another nice classic small town courthouse: 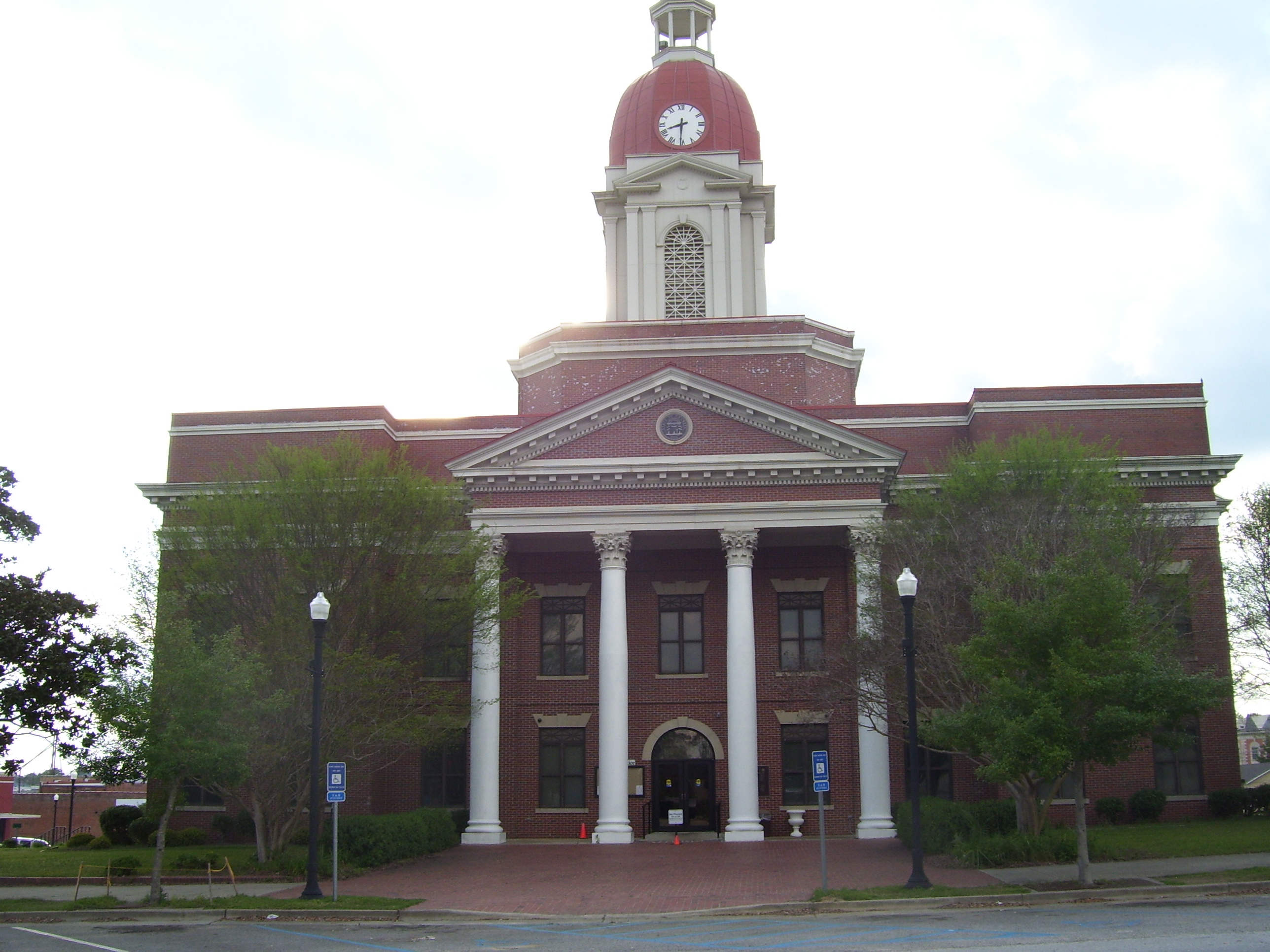 The ride to Ashburn was very pretty, with no more swamps, just lots of trees and farms and the occasional great looking home: 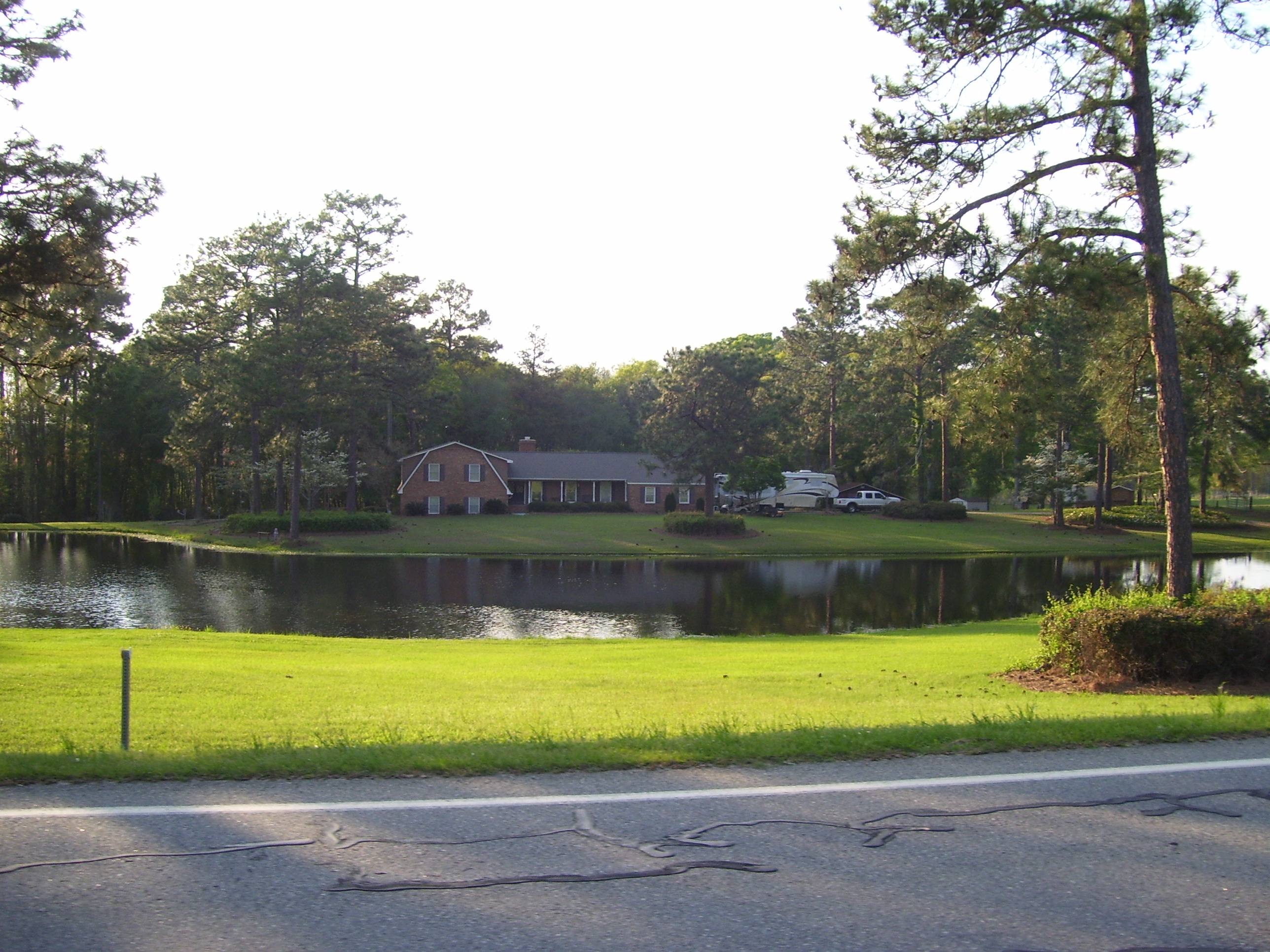 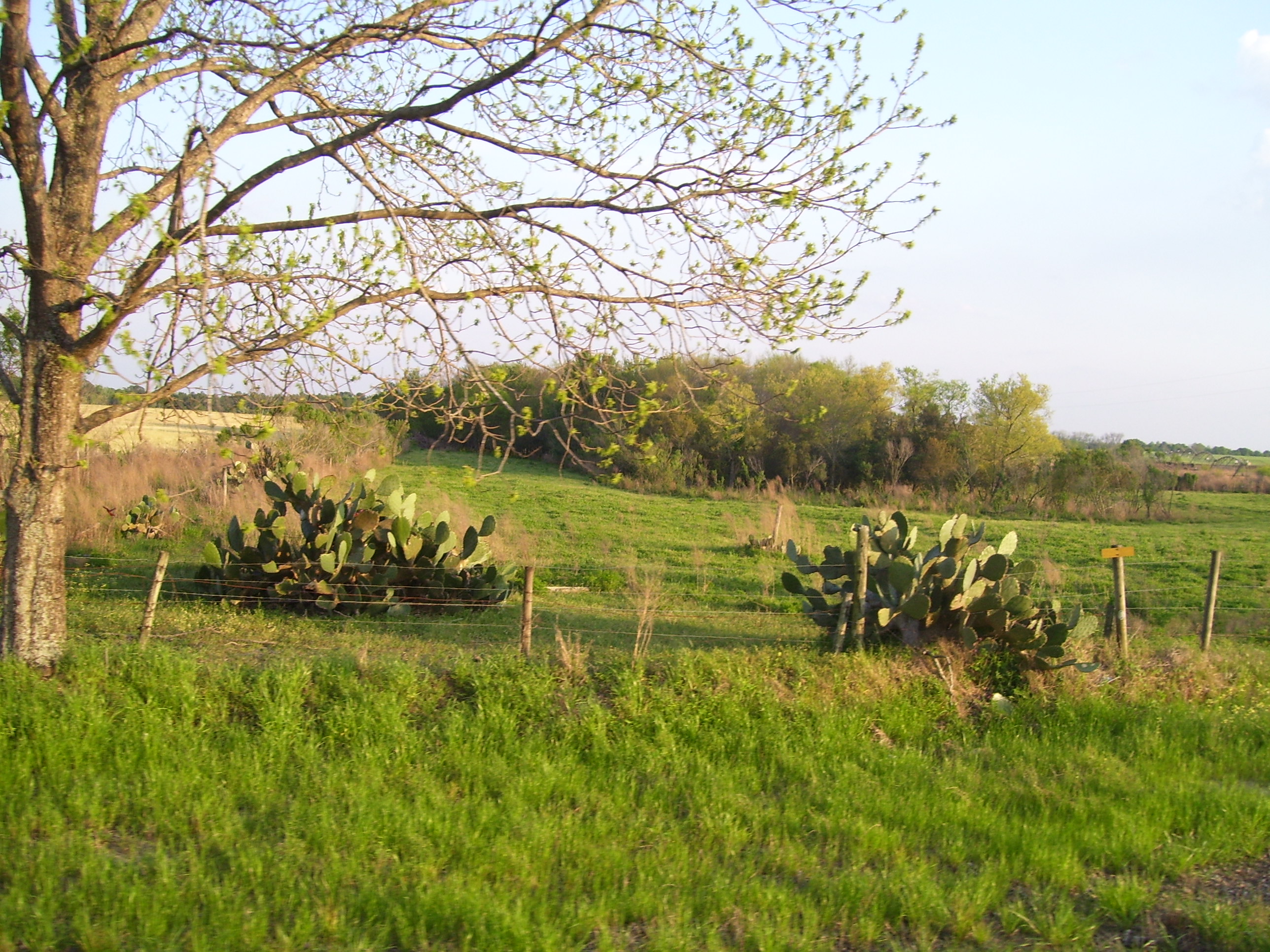 Here's another awesome looking Georgia estate with its own lake and everything. 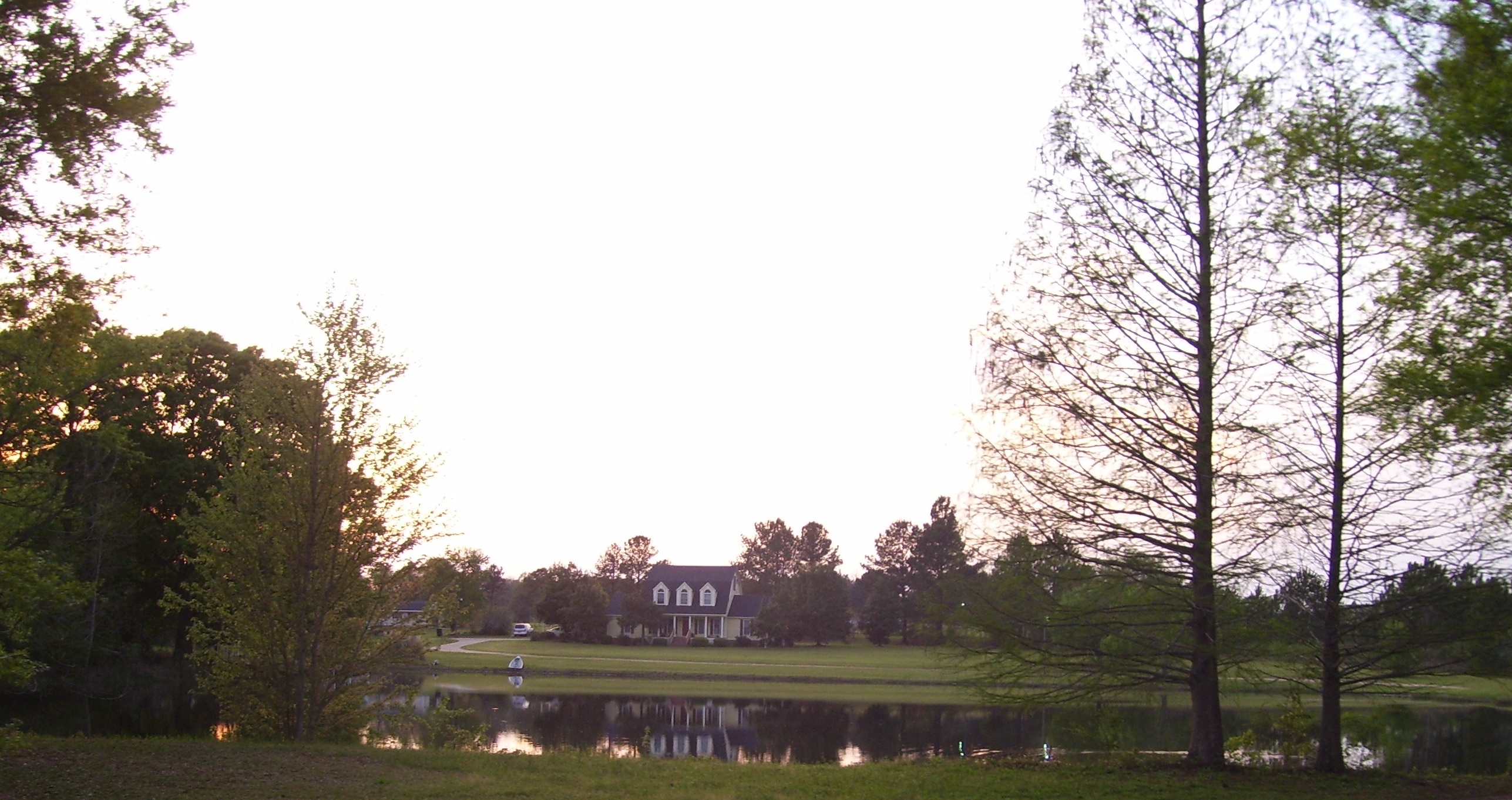 By this point I figured I wouldn't make it to my hotel by dark, but at least the sunset didn't disappoint. (The horse and geese are real, too) 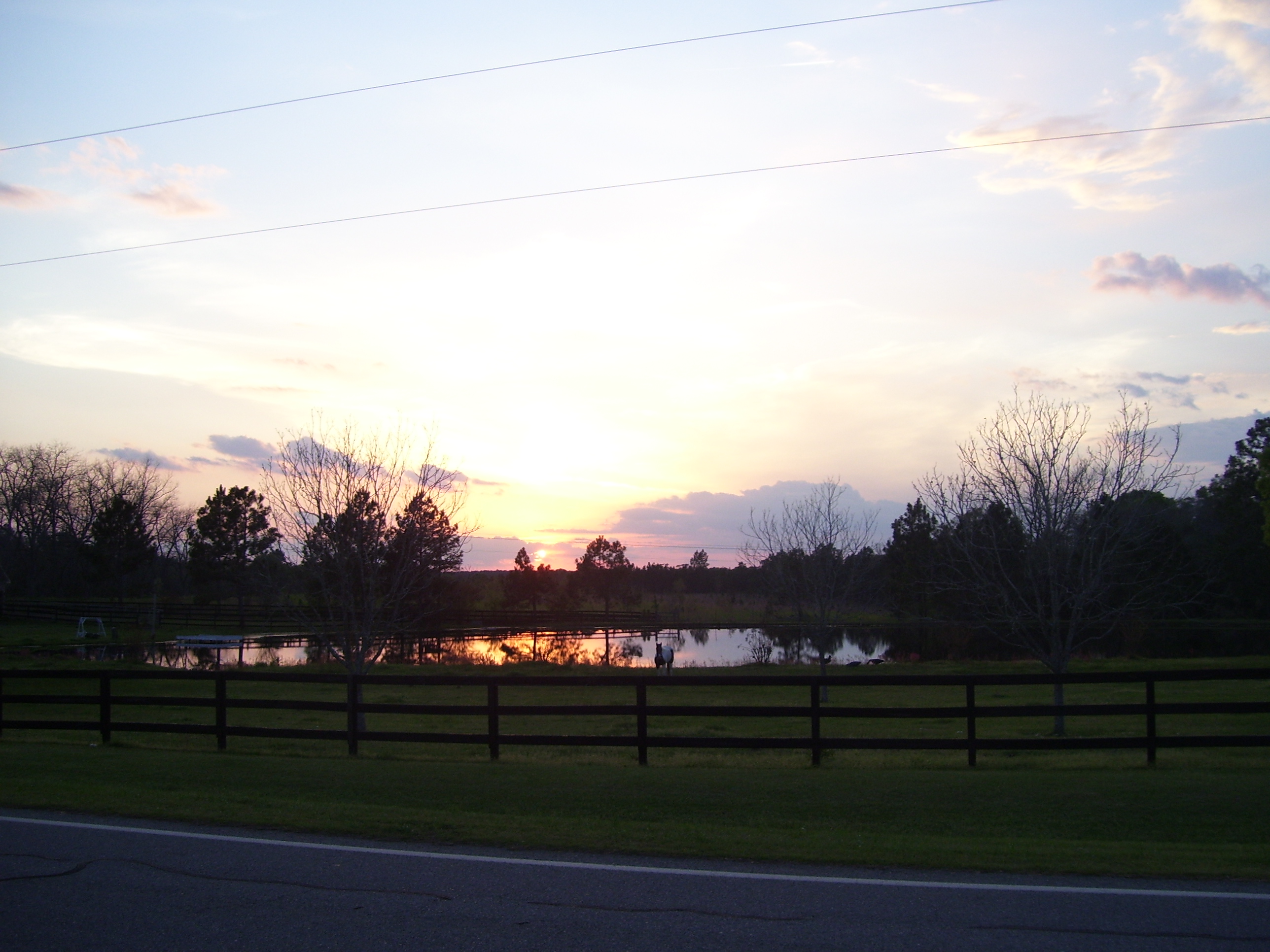 That just left one last picture of a great looking courthouse for today...yeah, sure, it's almost dark, but you get the idea. 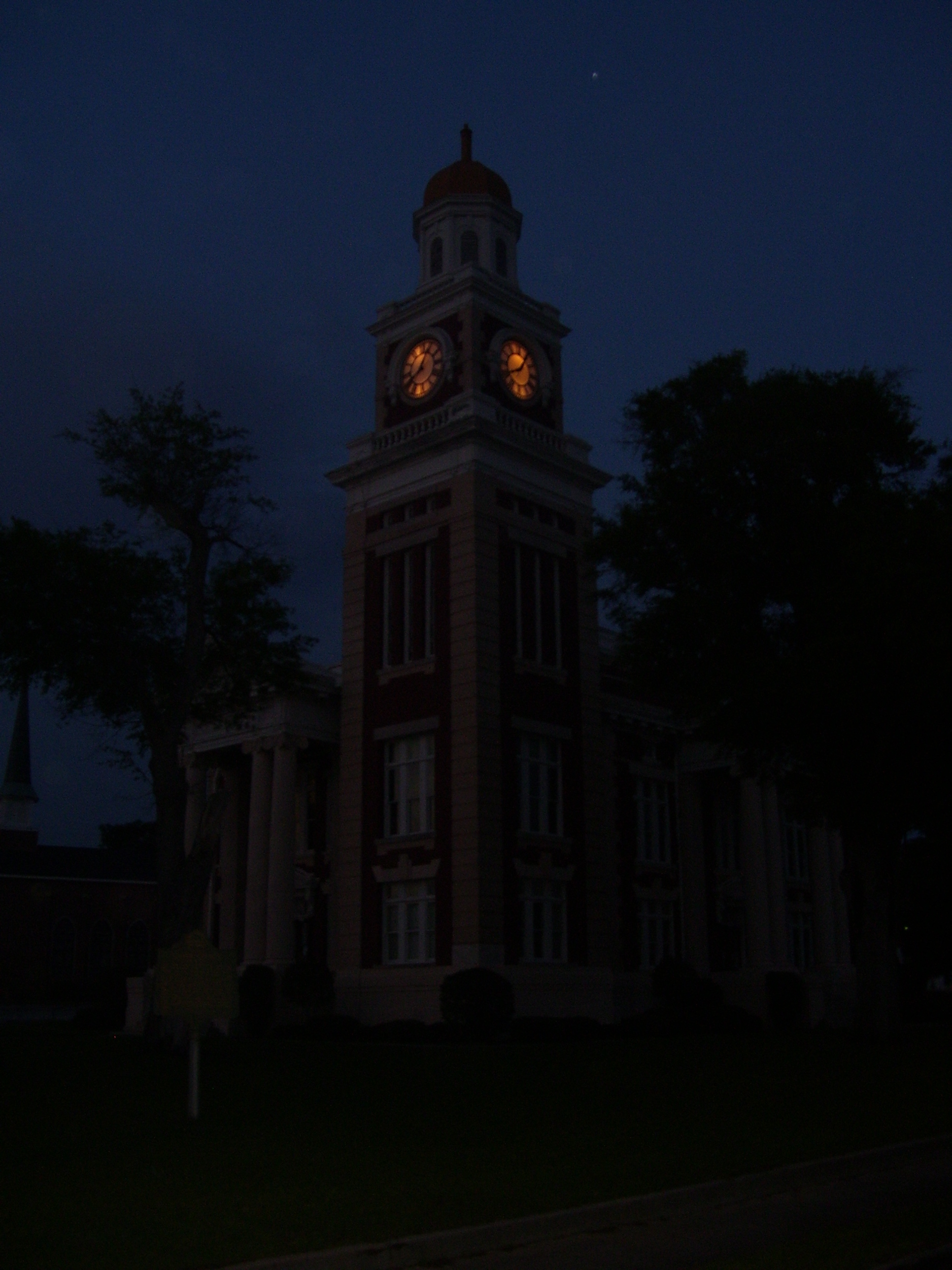 And so another day on the road ends, and yeah, my legs are pretty tired tonight. I'm not doing another long one tomorrow. The two options I see on the map are 60 and 80 miles away...we'll see what the wind's like, but no century ride, that's for sure!